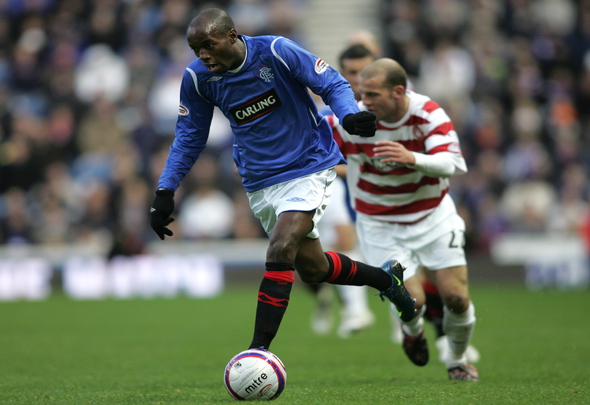 The 126-times capped American played under Walter Smith between 2007 and 2010 – famously scoring away to Lyon as the Gers ran riot against the then-French champions.

Striker Herrera moved to Glasgow from UNAM Pumas while midfielder Pena signed from Chivas Guadalajara in Rangers’ biggest transfer of the summer.

Beasley faced both players during three years playing with Liga MX side Puebla and is confident their style of play will suit Scottish football after their summer moves when asked his thoughts on the pair.

“With their type of football, they’ll do well at Rangers,” Beasley told the Official Rangers Podcast (20th September, 20:00)

“Especially in the league games when you keep the ball a lot more, they’ll do fine.”

Pena and Herrera have both struggled to get regular starts so far as they adjust to their new environment although both have already grabbed their first goals for the club.

Both could be in line for an Old firm starting place when Celtic make the short journey to Ibrox on Saturday lunchtime after getting on the scoresheet last night against Partick Thistle in the quarter-final of the Scottish League Cup.

The two players have also represented the Mexican national side on a number of occasions and Pena was part of El Tri’s squad for the 2014 World Cup in Brazil, playing in Mexico’s final group game against Croatia.

Fans are hopeful both can deliver in their time in Scotland and have been slowly warming to the duo as they get more game-time under their belts.