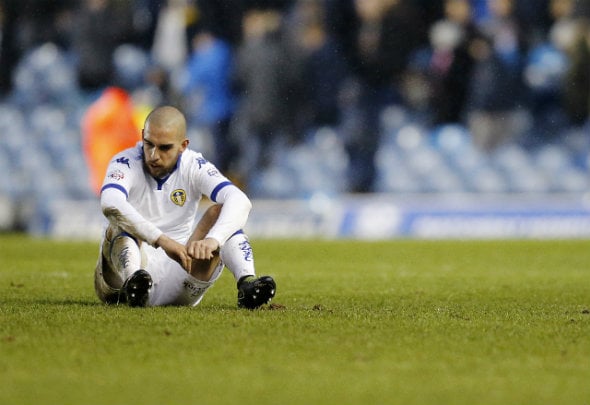 Giuseppe Bellusci will not return to Leeds from Empoli this season, according to a reliable journalist.

Bellusci is on a season-long loan with the Serie A side, and is expected to make a permanent move away from Leeds once the upcoming season is over.

There was some talk that the 27-year-old might need to return to Elland Road after Sol Bamba left on Thursday but Yorkshire Evening Post journalist Lee Sobot claimed on his personal Twitter account there is no recall clause in Bellusci’s deal.

There is no recall clause for Giuseppe Bellusci I've been told. Stays at Empoli whatever the situation with #lufc centre-backs #lufclive

Bamba announced he was quitting Elland Road on Thursday, less than 24 hours after the transfer window closed, due to personal reasons.

Centre-back Bellusci endured a stop-start career at Elland Road and spells of good form were overshadowed by spats off the pitch and some questionable decisions on it.

He joined Leeds on loan from Italian side Catania before making the stint permanent in 2014 and was one of the many Italian players to be brought to the club following Massimo Cellino’s appointment as owner.

Bellusci made 61 appearances, scoring two goals in two years at Leeds and joins a side that managed a 10th place finish in Serie A last season.

He made his debut for the club last weekend, playing 90 minutes as they lost 2-0 to Udinese.

The current situation at Leeds is they have three centre-backs in Liam Cooper, Kyle Bartley and Pontus Jansson, and at the moment it appears Garry Monk views them all fairly favourably.