Darren Bent has suggested that West Ham could beat Tottenham to the signing of Bournemouth striker Callum Wilson if they launched a move this summer.

The former Spurs and England hitman, speaking exclusively to Football Insider assistant editor Russell Edge, believes the 28-year-old would be better suited playing regularly at the London Stadium than sitting on the bench for Jose Mourinho.

As revealed by Football Insider, Tottenham are working on a deal to prise Wilson from Bournemouth this summer and the Portuguese boss has personally made contact to assess his interest in a move. 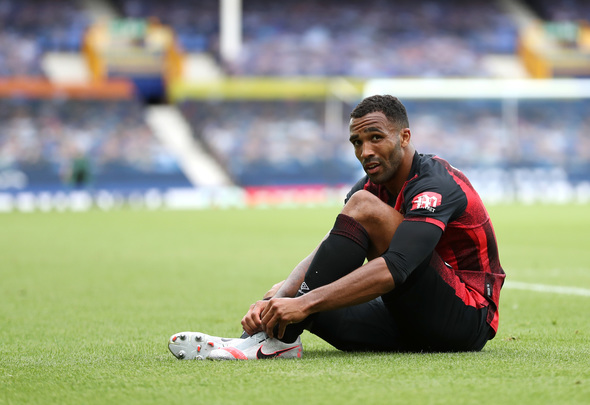 However, Bent believes that the four-cap England ace, who has 41 Premier League goals to his name, will be motivated by game time when deciding his next club and suggests West Ham could be the ideal destination.

Asked if he thought Wilson would turn down Spurs for guaranteed game time at another club, Bent told Football Insider: “Yeah, of course, then it depends what club. If you’re talking an established Premier League club, someone like a West Ham, potentially, need a centre forward.

“If they were to come and get him and say: ‘Listen, you’re going to be our main striker and play every week,’ then I think that would suit him better than going and sitting on the bench.

“For all we know, we’re talking about Harry Kane getting injured every season, he might start this season with know injuries and Callum Wilson might be in December, January before he gets any real game time.”

David Moyes currently has the likes of Michail Antonio and Sebastien Haller as his senior centre-forward option to choose from in east London.

The English forward finished the 2019/20 season as the Hammers’ top scorer with 10 Premier League goals to his name, eight of which came after the top flight restart in June.