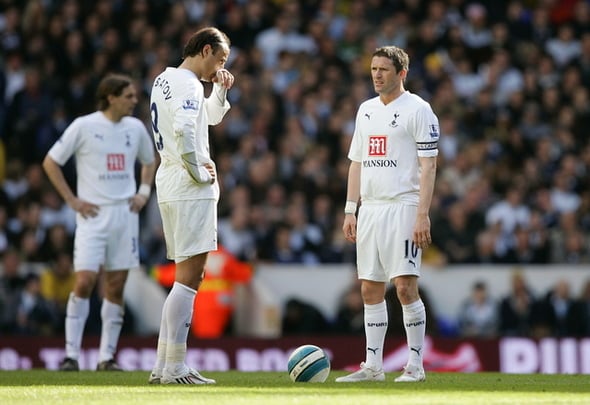 Dimitar Berbatov has sent a heartfelt message to his old Tottenham teammate Robbie Keane after being inducted into the FAI hall of fame.

The 36-year-old former Republic of Ireland international retired from international duty last September, bringing an end to a fine career for his country with 68 goals in 146 appearances.

He finished as the club’s record goal scorer with an impressive 47 strikes more than Niall Quinn in second.

Keane was certainly a fantastic servant to his country and one of his former club teammate’s Berbatov also recalled their time at Tottenham in a tribute message.

“So Robbie Keane, a hall of famer” started Berbatov in a message shown on Keane’s personal Instagram page.

“The best possible partnership. But is there any other partnership that can be compared to this one. What do you think Keano? Are you thinking what I’m thinking? I know you do mate, I know you do.

“Me playing with you actually made a better player. You were always there for the team. Always helping the players. On the pitch, outside the pitch. In the training you were a full a professional. In the games you were always fighting until the last minute. Always trying to score.

“You have become the leading goalscorer of your country. What an achievement that is. You fully deserve to be inducted into the hall of fame. Congratulations to you and I wish you all the luck in the world in everything you do in life. It was an honour playing with you.”

Berba, this message is class😂👏 great memories of our time @spursofficial Thanks to @stevengerrard @carras16 @pele for their lovely tribute's, there's not enough space here to put up the full video of all the lads but I'll put it on my Facebook page shortly.☘️👏 #halloffame #faiawards #berbatov

Berbatov and Keane were together at Tottenham for just two years between 2006 and 2008.

The pair helped the north London giants to a fine fifth placed finish in 2007 with 23 Premier League goals between them in 60 appearances.

However, the following season saw Spurs drop down to 11th under Juande Ramos, resulting in Keane and Berbatov leaving for Liverpool and Manchester United respectively.

Tottenham have since recovered and currently have Harry Kane bagging their goals, but the aforementioned duo are still remembered with the greats at the club.

In other Tottenham news, Tom Huddlestone has revealed what disappointed him at Spurs.