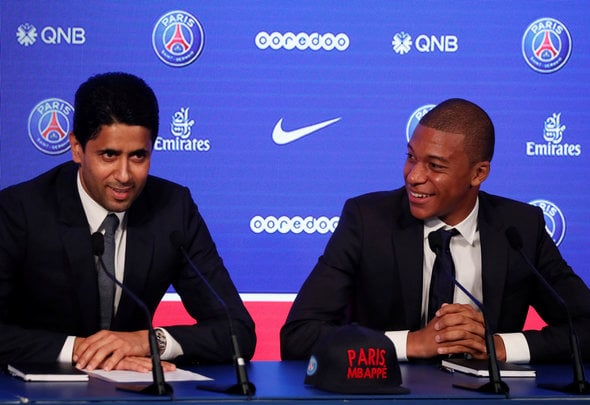 Paris Saint-Germain president Nasser Al-Khelaifi has praised Celtic’s supporters and reflected on the “best atmosphere” he had ever experienced during Tuesday night’s Champions League clash.

The Bhoys suffered a brutal 5-0 loss to the European giants with goals from Neymar, Kylian Mbappe, Edinson Cavani and most disappointingly Hoops right-back Mikael Lustig.

Despite the Glaswegian side’s Champions League blow, the PSG president admitted that he was hugely impressed by the support from the home side and commented on the club’s history.

“I think that was the best atmosphere I have ever experienced in my life,” Al-Khelaifi said, as quoted by the Scottish Sun.

“It’s true that Celtic weren’t great on the pitch, but this is a club with a great history.

“I have a lot of respect for them and their supporters. It was a beautiful evening.”

The Qatari businessman is the man behind the Ligue 1 oufit’s huge budget and summer spending spree, and authorised the staggering £700million worth of deals which helped secure the club record signing Neymar from Barcelona.

While the Glaswegian outfit has suffered a loss in the European competitions, Brendan Rodgers’ side are dominating in the domestic competitions as the Bhoys remain undefeated in both the Premiership and the Scottish League club as they have won all matches except for their game against St. Johnstone which ended in a 1-1 draw.

Celtic will no doubt be looking to forget their 5-0 loss and instead look ahead to their next Premiership game on Saturday as they host Ross County at Celtic Park.