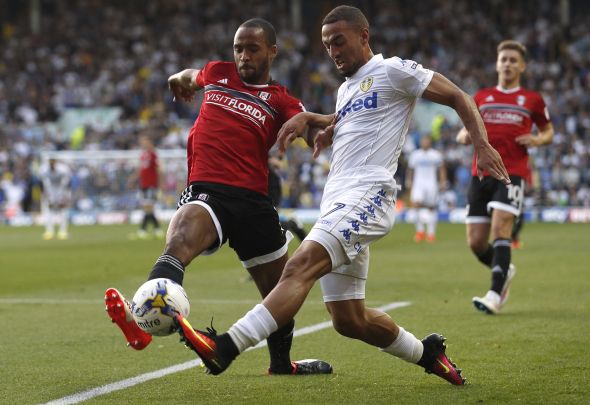 Leeds are preparing to face Reading at Elland Road on Tuesday evening in a match which sees third take on sixth, but who makes their best combined XI?

Attackers Kemar Roofe and Hadi Sacko would miss out on the team with Garath McCleary and Roy Beerens proving vital for the Royals this campaign.

McCleary is the club’s top scorer with seven goals this season, all coming in the league, while Beerens trails just behind with five in all competitions.

Both Sacko and Roofe joined Leeds in the summer, but they have not produced the same return as the Reading duo have this season.

The two Championship sides boast a wealth of talent in their squads and here is our best combined XI:

Experienced goalkeeper Ali Al-Habsi has been selected in the net ahead of Leeds number one Robert Green.

The England international has produced some questionable displays this campaign, while Al-Habsi has won his team points on his own.

Across the back four sees two players from each team in Chris Gunter and Liam Moore alongside Pontus Jansson and Charlie Taylor.

Gunter has continued to impress after a solid campaign with Wales in the summer, while Moore has helped solidify the back four after a summer move from Leicester.

Jansson has had a similar effect at Leeds after signing on loan from Torino in the previous window and has become an instant star at the club, while Taylor has long been linked with a move to the Premier League.

Ahead of them will see Leeds duo Eunan O’Kane and Liam Bridcutt make up the central midfield positions.

Both players stepped down from the Premier League in the summer and have added a high quality to the Yorkshire giants’ midfield.

However, the attacking midfield three will be made up purely of Reading players with Jordan Obita joining McCleary and Beerens.

Leeds have not had a consistent goal threat from their midfield three this season, while the Reading trio have eased the pressure off their forwards massively.

Whites striker Chris Wood is chosen to lead the line on his own with 13 goals from 24 appearances this season.

He has scored more goals than Reading striker duo Yann Kermorgant and Dominic Samuel put together, who have just five strikes to their name in total.

Altogether Leeds contribute five players to the XI to Reading’s six and the match on Tuesday evening is expected to be just as close.

In other Leeds news, this midfielder is set to miss the clash against the Royals.