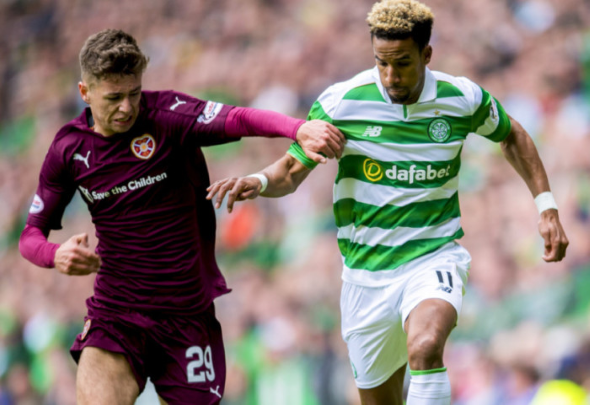 Promising Hearts defender Jamie Brandon has claimed that being released by Rangers was the “best thing that could have happened” after forcing his way into starting line-up in Edinburgh.

The 19-year-old defender left the Light Blues before the beginning of last season but quickly found himself snapped up by Hearts.

Brandon has made nine appearances for Craig Levein’s side this season and earned a new long-term contract in October after impressing the Scottish top-flight clubs’ coaching staff.

The defender insists the differences between the two clubs’ facilities aren’t that noticeable but believes young players at Hearts feel more like an important part of the club than at Ibrox.

“I didn’t get offered a new contract, which was probably the best thing that could have happened to me at the time,” Brandon said, as quoted by the Daily Record.

“(I am in) a lot better place than I was at Rangers.

“The facilities are very similar, they’re very good at both clubs.

“At Rangers as a (under) 20s player you’re a lot further away from the first team and there’s no interaction with them, but here the first-team players speak to you every morning and they offer you advice, which is really helpful as a young player.”

Brandon found his path to the first-team blocked at Rangers by a number of other promising youngsters who can also fill the right-back spot like Jordan Houston, Myles Beerman and Ross Lyon while Ross McCrorie – who has recently made the step up to the Ibrox first-team is also more than capable of playing there too.

The young defender has been thrust into the Hearts first-team after a spate of injuries left the Edinburgh side struggling defensively.

After leaving Ibrox to find first-team football elsewhere, Brandon didn’t have to wait long to play in a senior game at Ibrox after starting for the Jambos in the draw between the two sides in Glasgow earlier this season.

In other Rangers team news, the club has received an apology following some untrue stories that were written about Bruno Alves.