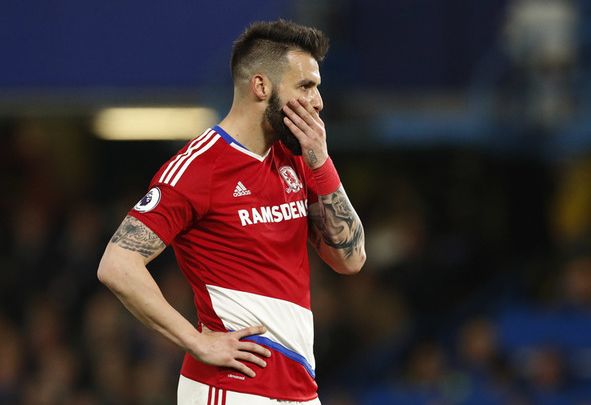 Leeds United are the third favourites to sign prolific Spanish striker Alvaro Negredo this summer, according to the latest bookmakers’ odds.

Sky Bet priced the Yorkshire giants at 5/1 on Sunday afternoon to land the forward, 31, before the transfer window shuts at the end of next month.

Turkish outfit Besiktas are the 4/6 favourites to land the prolific former Manchester City and Middlesbrough player, ahead of Swansea (4/1) and Leeds (5/1). The trio are a long way ahead in the betting of fourth favourites Wolves, who are priced a distant 16/1 to sign him this summer.

Leeds have signed attacking players Samuel Saiz, Ezgkan Alioski and Caleb Ekuban to offer more support to spearhead Chris Wood but it has been reported in recent days they are making progress in a sensational attempt to sign Negredo from Valencia.

Negredo, who has two more years remaining on his contract with the La Liga outfit, has an eyecatching record in both English and Spanish football despite being part of the Boro side that was relegated last season.

In 21 Spain internationals, he has also struck 10 times.