Marcelo Bielsa must settle on a first-choice centre-back pairing if he wants Leeds United to stop conceding a “ridiculous” number of goals.

That is according to ex-Leeds goalkeeper Paddy Kenny, speaking exclusively to Football Insider after the Whites’ 1-1 draw with Liverpool on Monday.

Pascal Struijk and Diego Llorente lined up at the back for Bielsa’s side, with the latter scoring the equaliser in the 87th minute. 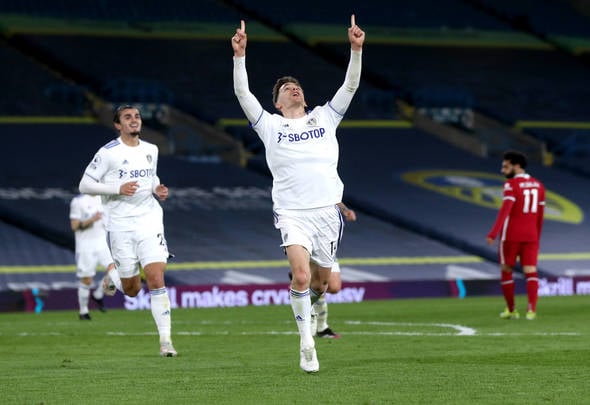 Skipper and fellow centre-half Liam Cooper was suspended for the clash and summer signing Robin Koch started on the bench.

Kenny claims that establishing a centre-back pairing is key if Leeds want to improve their defensive record.

“There are the two full-backs linking with your centre-halves, your goalkeeper links with them, your midfielders link with them. It’s a key position.

“It’s something they need to stabilise, as long as injuries and form allow them to do that.

“It’s shown this season with the ridiculous number of goals they’ve conceded at times.

“You only need to look at Liverpool and their centre-half situation to see how bad it can get.”

Leeds are currently 10th in the Premier League table with six games remaining.

They have conceded 50 times throughout the campaign and only five teams have let in more.