Darren Bent claims that Jean-Kevin Augustin has been a “big, big waste” for Leeds United after the striker’s reported injury blow.

The former Spurs and England hitman, speaking exclusively to Football Insider assistant editor Russell Edge, admits the Frenchman has been a big disappointment after arriving at Elland Road with a big reputation.

The Athletic’s Phil Hay reports that the 23-year-old, who is on loan from RB Leipzig, may be ruled out of action for the rest of the season after picking up a hamstring injury in training.

Augustin was already missing with a muscle strain when the Championship season was suspended in March, having made just three substitute appearances for the Whites.

Bent insists he has seen nothing to suggest the striker is worthy of remaining at Elland Road and admits he wants to see Patrick Bamford given the chance to lead the line in the Premier League.

Bent told Football Insider: “With Augustin, they’ve signed him, he had this big reputation and nothing’s happened so for me, at the minute, he seems like a big, big waste – someone or something that they didn’t quite need.

“As long as Bamford can keep doing the job he has been doing, which I hope he can do, I’d like to see him given the opportunity in the Premier League.

“What I like about this situation is with Bielsa, he seems very, very loyal. There were times this season where Patrick Bamford was really struggling for form. He was working hard for the team, you can never take that away from him, but he wasn’t putting the ball in the net, missing big chances.

“Bielsa was like: ‘I don’t really care, he’s my guy, I’m going to stick with him,’ and to be fair he’s come out the side playing really, really well.” 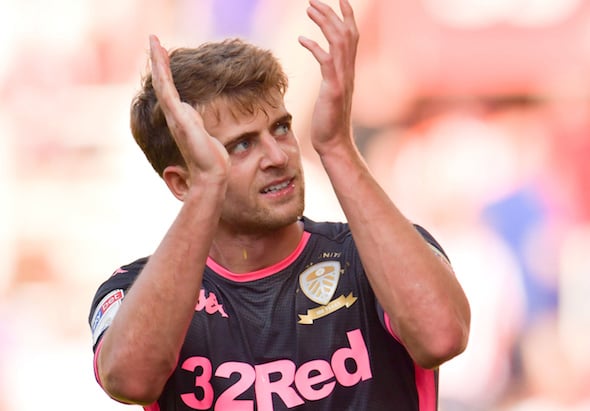 Augustin has played just 48 minutes for Leeds since moving to Yorkshire in January, having spent the first half of the season on loan at AS Monaco.

His only goal and assist this campaign came in a 2-1 win over Marseille back in October.

In other Leeds United news, it can be REVEALED the Whites have set their sights on a title-winning centre-back this summer.