Marcelo Bielsa will be fuming over the amount of space his Leeds United players gave Manchester United in last weekend’s 6-2 defeat, according to Alex McLeish.

The former Scotland manager, speaking exclusively to Football Insider assistant editor Russell Edge, has admitted he was stunned by the gap left by the Whites which allowed Scott McTominay time on the ball to score an early opener.

The two fierce rivals played out an enthralling game at Old Trafford last week, with McTominay netting twice in the opening 10 minutes.

The result means Leeds have now conceded the most goals in the Premier League this season with 30, one more than fellow promoted side West Brom.

McLeish insisted the space offered to Manchester United by Leeds was unforgivable and that Bielsa will have been seriously concerned by what he saw.

Asked what he made of Leeds performances, McLeish told Football Insider: “It’s a roller coaster, it is a bit of a ride. At some stage you’ve got to win to stay in the Premier League.

“One of the things Scott McTominay’s goal last week, the first goal within a couple of minutes, the gap between Leeds’ defenders and midfield was absolutely enormous. I’m sure that Bielsa, being an analyst expert as well, will looking at that and saying that is just not on. 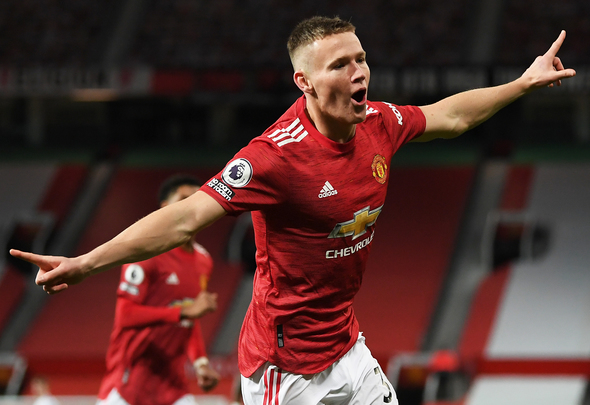 “That is in two minutes and McTominay’s wandering in space that you could have drove a bus through, it’s a sweet strike, he’s still got work to do, but the amount of room he had to still on the ball in the opening minutes of the game. Bielsa’s got to be concerned by that.

“He’s just got to be concerned by that opening two-minute situation where McTominay came in like a ghost in the centre of midfield with space galore.”

In other news, Football Insider has delivered a huge update on Helder Costa quitting Leeds United in January.