Speaking exclusively to Football Insider, the Black Cats legend delivered his verdict after the 27-year-old put pen-to-paper on a two-and-a-half-year deal at the Stadium of Light.

The Northern Irishman worked under Sunderland boss Lee Johnson at Oldham Athletic and has moved from Rovers for an undisclosed fee.

Johnson told the Sunderland Echo after the deal was completed that Winchester was “a Championship-quality player” and he was going to “surprise” the Sunderland fans.

The Belfast-born ace spent seven years playing in League One with Oldham before playing four seasons in League Two with Cheltenham and then Forest Green.

Winchester was ineligible to make his debut in the Papa John’s Trophy in the week but Phillips is confident he will add a lot to Johnson’s squad.

He told Football Insider: “I heard Lee giving an interview about the lad they’ve signed from Forest Green, Carl Winchester, and it sounds like he can bring something to the club.

“It is a player Lee knows well so that will be a big boost.

“It is great that they have been able to bring him in and hopefully he can hit the ground running.” 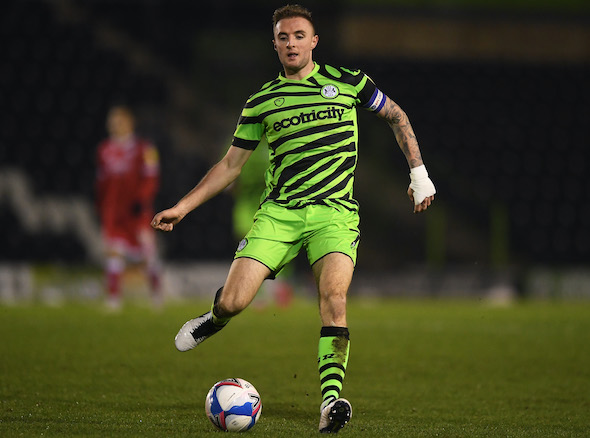 Winchester, a one-time Northern Ireland international, has played over 300 times in English football after moving to Oldham from Linfield over a decade ago.

He told the Sunderland website after signing for his new club: “It’s a massive club and once I heard about the interest, there was only one place I wanted to come.”

In other news, Football Insider can reveal Sunderland have made an approach to sign a Brighton & Hove Albion defender.