Michael Brown has insisted Richarlison has been sorely missed by Everton ahead of his return to action against Fulham on Sunday.

The former Cottagers midfielder, speaking exclusively to Football Insider assistant editor Russell Edge, has heralded the talent of the Brazilian forward and suggested he would help the Toffees get their season back on track.

Speaking at his pre-match press conference, Carlo Ancelotti confirmed the 23-year-old was fit and available against the Cottagers after his international exploits with Brazil.

🗣️ | Carlo with team news ahead of #FULEVE…

Coleman and Gbamin are unavailable, but Richarlison, Allan and Delph are all fit.

Everton were without Richarlison in their defeats to Southampton, Newcastle and Manchester United due to suspension.

Brown believes the forward’s return will help Carlo Ancelotti’s men turn their fortunes around after what he has deemed a “steady start” to the season.

Brown told Football Insider: “Some of the stuff he can do, some of the goals he can score, some of the things he has, he’s got the lot, hasn’t he?

“He’s going to be missed for Everton, top of the pitch, he plays in different roles and he can pull out wide as well sometimes to get in dangerous positions. He’s been a miss.

“It’s been a steady start from Everton. You’re looking and sort of saying where could they finish, are we going to challenge higher up? People run away with it to say: ‘Well are they now a top-four side?’ There’s still improvement, still a while away, that’s why I say a steady start.” 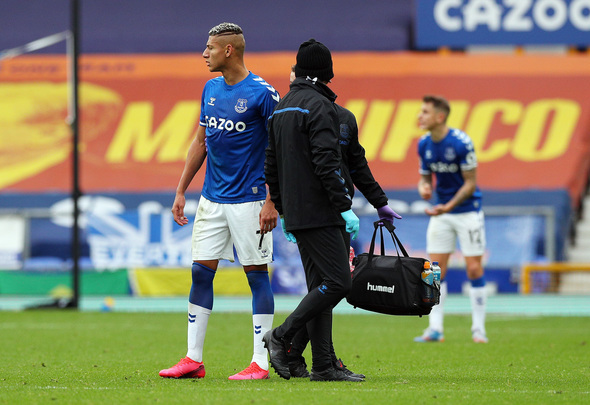 Richarlison has netted once and chipped in with two assists in his five league appearances this season.

Tellingly, the Toffees scored at least two goals in all but one of their Premier League games with the Brazilian but were shut out by Southampton and scored only one versus Newcastle and Manchester United without him.

In other Everton news, a Football Insider pundit has been left drooling as Toffees set sight on “exceptional” Premier League star.