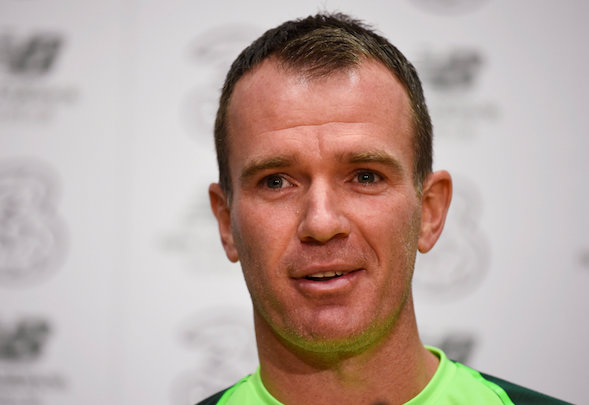 Aston Villa made a “big mistake” by selecting Glenn Whelan ahead of Conor Hourihane for the play-off opener against West Brom.

That is according to namesake Noel Whelan, who claims Dean Smith was too cautious in going for midfield anchorman Whelan as John McGinn’s partner in central midfield.

Hourihane came off the bench after 67 minutes for the 35-year-old and turned the tie in Villa’s favour by scoring the equaliser with a brilliant 25-yard shot as the home side secured a 2-1 advantage going into Tuesday’s second leg.

Whelan told Football Insider why Hourihane should have started the first leg and deserves to come into the side for the second game at the Hawthorns.

“I wouldn’t have played Glenn Whelan on Saturday,” the pundit and ex-Leeds United striker said. “Dean Smith should have been more attacking with his selection. Hourihane is that player as he gives you a goal threat and can create as well.

“Whelan provides security in midfield and reads the game well, but he made a big mistake by going with Whelan in front of Hourihane. That showed when Hourihane came on and made a huge impact.”

Whelan explained why Smith must slot the 28-year-old, who has scored nine goals and supplied 12 assists from central midfield this season, back into the starting XI.

“Hourinhane has to start, for me. Yes, Villa have a 2-1 advantage and a lead to protect, but if they score a goal it is a mountain to climb for West Brom and he can help you do that.”