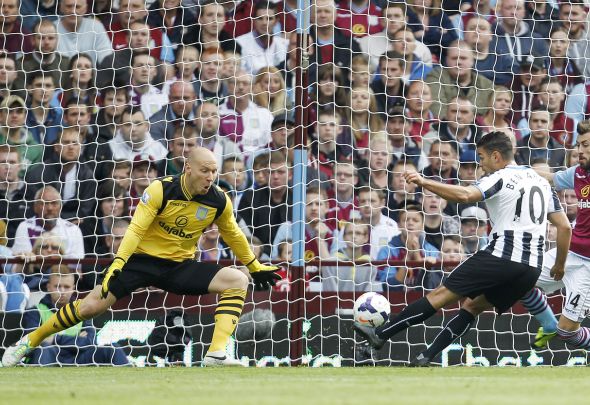 Hatem Ben Arfa has been dropped from the Paris Saint-Germain squad and forced to train alone, according to a report.

Goal claim that the former Newcastle midfielder has been made to attend a one-man training session on Tuesday as his team-mates prepare for the Champions League clash against Arsenal.

The report details that the PSG manager Unai Emery has deemed Ben Arfa surplus to requirements after assessing his squad in the first month of his tenure.

The 29-year-old has featured in all four of the PSG games this season but is yet to complete a full 90 minutes.

Arsenal have travelled to Paris to play the French champions on Tuesday night and will not be contending with playmaker Ben Arfa.

The attacker played for Newcastle between 2010-2015, with a loan spell at Hull included, and made 86 appearances with 14 goals.

The Frenchman has been plagued with injuries and inconsistency throughout his career but earned a move to PSG after impressing at Nice last season.

Ben Arfa scored a remarkable 18 goals in just 37 appearances from midfield and secured a move to the French giants.

However Emery is trying to build a squad that can compete with the biggest clubs in Europe and is uncertain whether Ben Arfa can match his demands.

Arsenal defenders will still have to contend with with a talented PSG set up, which includes former Real Madrid duo Jese and Angel di Maria.

In other Arsenal news, Gary Lineker has made a bold claim about the club’s summer target.