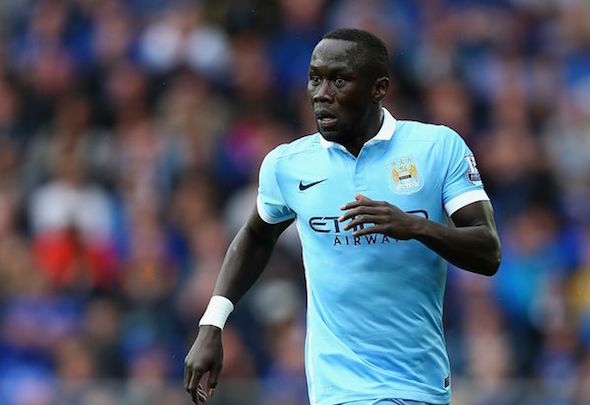 By North-west correspondent Alex Stevens
Bacary Sagna’s defending has been a key factor in Manchester City’s recent slump, according to Jamie Carragher.
The TV pundit highlighted the former Arsenal man’s wretched contribution in City’s 2-0 defeat at Stoke on Saturday as crucial to handing the advantage to the home side.
“The reason I’m talking about Sagna is he’s now 32, almost 33,” Carragher told Sky Sports’ Monday Night Football programme. “He’s played 26 games this season for club and country, and it looks like it’s too much for him.
“There was plenty of evidence of lazy defending which means, for me, won’t run. I saw signs at the weekend of something worse – can’t run. That could be a bigger problem for Man City going forward.”
Carragher highlighted how Sagna was easily out-paced by Marko Arnaoutovic as the Austrian ran to meet Xherdan Shaqiri’s cross for the opening goal.
“His position was initially fine but he was walking,” explained Carragher. “That’s lazy defending. He should be turning around, being on his toes, see the ball and see the wide player.
“The bigger worry is can’t run. [Sagna[ has got three or four yards on him but Arnatouvic still gets there first.”
The ex-Liverpool defender also highlighted how the former Arsenal defender failed to keep pace with Arnautovic for the second Stoke goal just minutes later.
Injury has restricted the availability of Pablo Zabaleta, City’s established right-back over the last seven years, to just five appearances for the club this season.


Carragher is convinced that Sagna, who moved to Etihad Stadium on a free transfer in the summer of 2014, is one of the weak links in Manuel Pellegrini’s team.
“A lot’s been made over the weekend of missing Vincent Kompany,” observed the Sky Sports pundit. “That’s nothing to do with Vincent Kompany.”