Lille midfielder Boubakary Soumare would be a “very effective” addition to the squad at Newcastle United, according to Noel Whelan.

The former Premier League striker, speaking exclusively to Football Insider assistant editor Russell Edge, insists that a powerful midfield presence is what a lot of teams are missing at the moment.

As revealed by Football Insider, the Magpies are in pole position to sign the 21-year-old this summer after doing the groundwork for a deal back in the January transfer window. 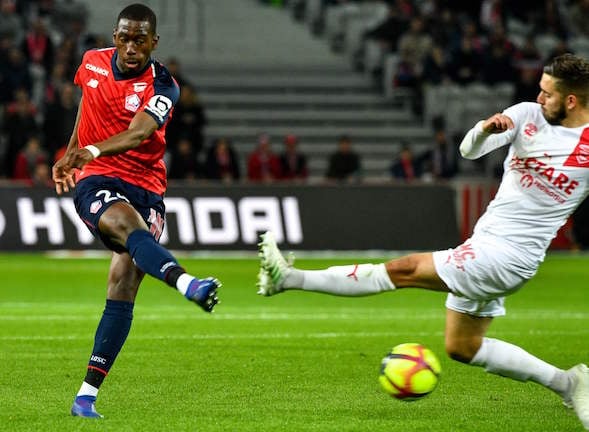 The Magpies had a £35million bid for the midfielder accepted during the winter window but were turned down by the player himself.

With Ligue 1 and Ligue 2 sides set to welcome offers for their top stars in order to cope with a financial void left by the cancellation of football in France, it is understood Lille could cash in for Soumare this summer.

With Newcastle well placed to secure the France under-21 international’s capture, Whelan believes a lot of other clubs could do with a similar sort of player.

Whelan told Football Insider: “I think if you go back the years, it’s what a lot of clubs need.

“You saw Sissoko at Tottenham – big, powerful, strong – you’ve seen Patrick Vieira over the years transform Arsenal and be that catalyst that they need, that workhorse, that aggression in that midfield.

“I think most teams need a player like him – big, powerful, strong, covers the ground quickly, good with the ball at their feet and aggression, you need that aggression in the game.

“I know it seems to be disappearing but you need that sort of player in the spine of your side. I think Newcastle, if you’re get the right players in and around him, he’ll be very effective.”

Soumare has played in both a deep and a central midfield role at Lille since joining on a free back in 2017.

He has a total of 69 appearances under his belt for the French side which include six Champions League outings this season.

In other Newcastle United news, Alan Hutton admits he would “love to see” the Magpies seal a 28-year-old on a free transfer.