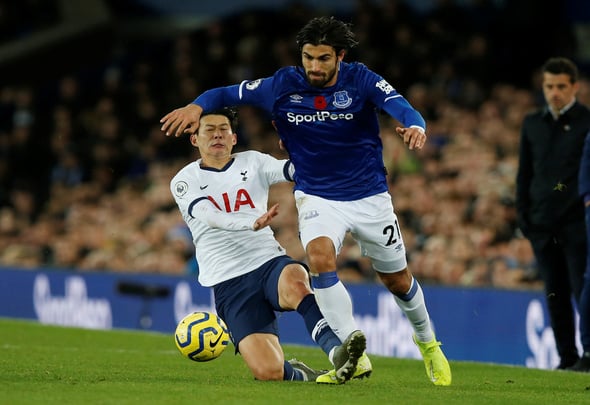 Paul Robinson has revealed he expects to see Gylfi Sigurdsson take the place of Andre Gomes in the Everton starting XI after the Portuguese star’s serious injury blow.

Speaking exclusively to Football Insider assistant editor Russell Edge, the former Tottenham and England goalkeeper says that the Toffees were handed a lucky escape against Spurs last weekend, suggesting that the point gained has kept Marco Silva in a job for another week.

The clash against the north Londoners was overshadowed by the serious ankle injury suffered by Gomes, with both sets of players in a state of grief after what happened to the former Barcelona midfielder.

Robinson insists that neither team were at their best on Sunday and tipped Sigurdsson to take the place of Gomes in the starting XI after coming off the bench against Spurs.

Asked by Football Insider if he though Sigurdsson would step back into the line-up, Robinson said: “Yeah, I think so. They paid a lot of money for him back in the day and I think big things are expected of Sigurdsson.

“Everton maybe got out of jail with Son getting sent off.”

Sigurdsson has started eight of the club’s 11 Premier League games this season, although his last three outings have all come from the substitutes’ bench.

As well as Gomes, Silva must also do without mercurial winger Bernard, who was ruled out until after the international break with ligament damage suffered against Brighton.

In other Everton news, Darren Bent claims that two Toffees stars are causing Silva a “real problem” at Goodison Park.