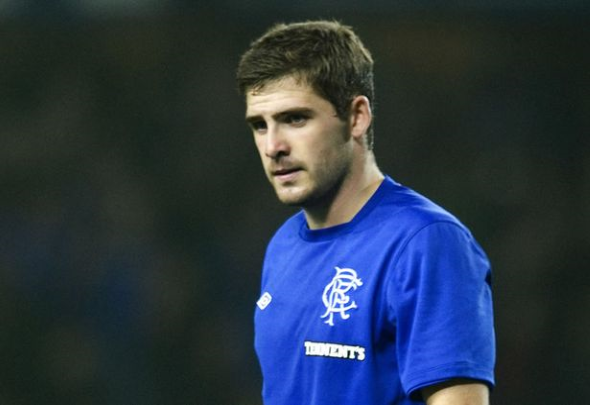 Former Rangers midfielder Kyle Hutton believes losing to Raith Rovers in the Scottish Challenge Cup final in 2014 is the “biggest disappointment” of his career as he looks to lift the trophy with Dumbarton on Saturday.

Hutton was a started the game but was replaced midway through as Ally McCoist’s side fell to John Baird’s extra-time goal in the 2014 final at Easter Road and the midfielder wants to put it right against Inverness this time around.

The Gers were widely expected to lift the trophy for the first time in their history but were on the wrong end of  s surprise defeat by the Fifers.

“We were going into the final as strong favourites, but it wasn’t our day. We had chances to score but didn’t take them. The thing is you have to take your chances, especially in finals and that’s what Raith did,” Hutton said, as quoted by the Evening Times.

“John Baird popped up with the extra time winner near the end and we didn’t have time to equalise. I was taken off on about the hour mark for Nicky Clark as we went two up front. I was sitting on the bench with all sorts of things going through my head. It was so tight and I just thought to myself ‘please don’t let us get beat here’.

“When the goal went in I had my head in my hands because I couldn’t believe it. I stayed out to watch Raith Rovers lifting the cup and I was thinking we had blown a huge chance to lift another trophy. It was a horrible place to be. It is probably the biggest disappointment of my career. I want to put that right against Inverness.”

The midfielder made 72 appearances for the Gers over his spell at the club and represented Scotland at Under-21 level.

The Challenge Cup final defeat by Raith will go down as one of the Gers’ worst cup final results in history and understandably ranks as Hutton’s biggest disappointment of his career. The Gers were appalling that afternoon against Raith and should have come away from Easter Road as winners easily but contrived to throw the game away and let the Fifers secure a famous cup win. Unfortunately, it was a small part of a far greater malaise which affected the club at the time and still lingers four years on.