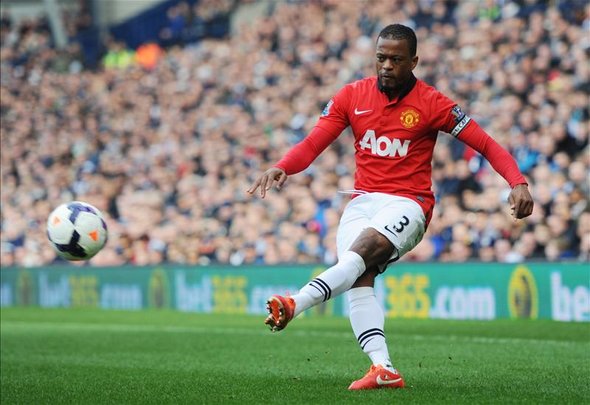 West Ham are set to sign Patrice Evra on loan from Juventus, according to a report.

The Sun claim that the Hammers are close to striking a deal for striker flop Simone Zaza to rejoin the Serie A champions after a disastrous loan spell at the London Stadium.

It is said that Evra could be heading the other way after falling out of favour under manager Max Allegri this season.

The left-back is well known to Premier League audiences for a phenomenal eight-and-a-half year spell at Manchester United, where he won five league titles, three League Cups and the Champions League.

Evra, now 35, is out of contract at Juventus at the end of the season and is likely to be available in the January window after being a bit-part figure in Allegri’s table-topping team.

The 81-times France international moved to Turin in the summer of 2014 and has been a major success for the all-conquering Italian side.

West Ham fans would think all their Christmases had come at once if their club could offload Zaza and sign Evra. The left-back may not be quite the player who was an integral member of Sir Alex Ferguson’s last great United team but his pedigree is unquestionable. He has slipped down the pecking order at Juventus of late but his spell in Serie A has been a huge success. Evra will bring experience, calibre and leadership to a West Ham team not possessing those qualities in abundance. He is a Premier League all-time great and would greatly enhance Bilic’s side.

In other West Ham transfer news, the club are set to make a January swoop for a £56million striker.