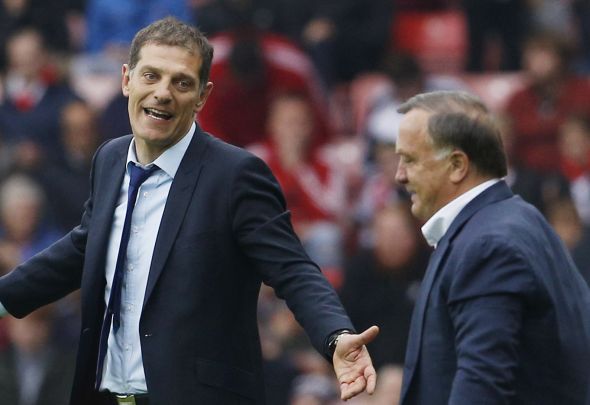 West Ham manager Slaven Bilic has stated that his side’s night out on the town will not affect their performance on the pitch.

The Croatian boss allowed captain Mark Noble to take the team on a moral-boosting night-out on Monday evening ahead of their weekend clash against Middlesbrough.

The event caused controversy though after players were spotted ordering McDonald’s in the early hours of Tuesday morning.

Problems for the east London boss then worsened as injured striker Andy Carroll and reserve goalkeeper Darren Randolph were accused of being drunk on Tuesday afternoon.

Bilic admitted the team-bonding session was his idea after the Hammers lost five out of their opening six Premier League games this term.

Bilic will not be used to his sides form at the start of the season, he drove West Ham to a thrilling seventh placed finish in England’s top-flight last term and got the best from what looked to be an average Hammers side.

West Ham have a fairly simple fixture list to contend with in October with Chelsea and Everton being their only notably tough games.

In other West Ham news, Paul Merson believes it was “bad business” for West Ham to sell James Tomkins, as he predicts Bilic’s side to draw 1-1 against Middlesbrough on Saturday afternoon.