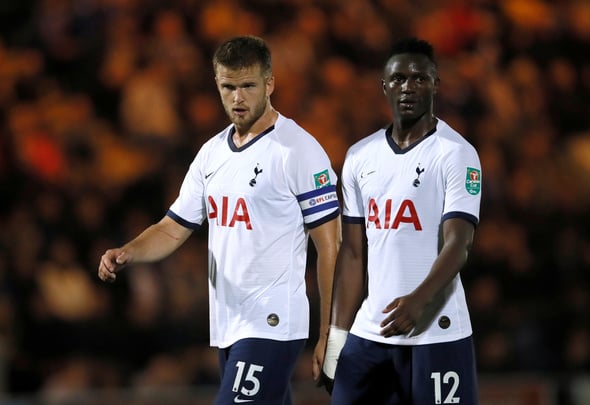 Darren Bent has suggested that Tottenham midfielder Victor Wanyama is still distracted by the goings-on over the summer after featuring in the club’s two defeats over the last week.

Speaking exclusively to Football Insider assistant editor Russell Edge, the former Spurs and England striker says that the Kenyan international may well be frustrated at not leaving the Lilywhites over the summer, with the central enforcer seemingly out of Mauricio Pochettino’s plans moving forward.

Football Insider have revealed that the Argentine manager was keen to reintegrate Wanyama into the first-team set up after turning down a late move to Club Brugge this summer.

However, with the midfielder having appeared as a substitute in the 2-1 defeat to Leicester City and starting the League Cup loss to League Two Colchester United, Bent says Wanyama might not have his head in the right place.

Bent told Football Insider: “He’s probably thinking to himself, a bit of frustration, he thought was going, it seemed like he surplus to requirements, Pochettino wanted him out, didn’t think he featured in his plans.

“Now you’re asking him to play after he didn’t get his move. It’s harsh for him. If he can get himself fit, he’d be ideal to next to someone like Harry Winks, you can ask him to sit there, be like the stopper.”

Wanyama had not featured for Spurs this season prior to his appearance off the bench against Leicester City, although he had been left as an unused substitute in three of the club’s other matches.

The Lilywhites will be looking to bounce back from three disappointing results, having also given up a 2-0 lead to draw 2-2 with Olympiacos, when they play host to Southampton on Saturday.

In other Tottenham news, Danny Mills has blasted one Spurs star who is “not up to” the demands of the Premier League’s top four.