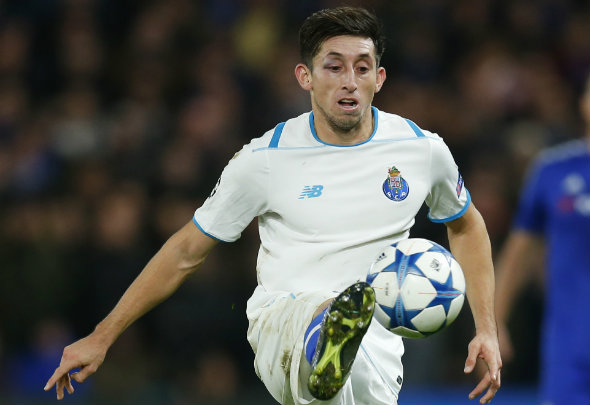 Napoli have leapfrogged Liverpool in the race to sign Porto midfielder Hector Herrera, according to a report.

Italian outlet TuttoMercatoWeb claim that the Serie A club have agreed personal terms with the 26-year-old central midfielder.

The Merseyside club had previously been linked with a move for the Mexico international, but it is now a possibility that the Reds could miss out on one of their reported targets.

The report claims the Naples club have overtaken the Reds after settling salary terms with Herrera, although the Italian club have yet to agree a deal with Porto for the midfielder.

It is also believed that the Serie A club are currently only willing to make an offer of £14million, which is below Porto’s asking price.

The Mexican impressed in Portugal in the recently completed season, scoring nine goals and providing a further 5 assists in 38 appearances in all competitions.

However, he is apparently ready to leave the Portuguese club this summer.

The Mexico international midfielder has represented his country in 44 encounters, including featuring in this summer’s Copa America where he bagged a late goal in Mexico’s impressive opening 3-1 win against Uruguay.

In other Liverpool news, the Reds are on the verge of sealing their first big-money arrival of the summer after Sadio Mane arrived on Merseyside.