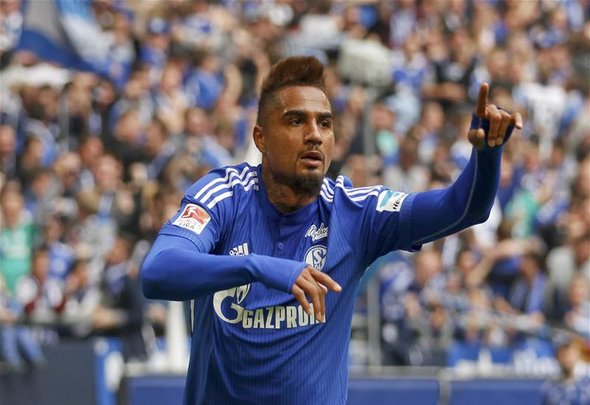 Kevin-Prince Boateng has revealed how he was so out of control at Tottenham that he used to stay out partying until 6am and once bought three cars in one day.

The reformed midfielder has turned his career around after admitting he wasted money on girls, clubbing and fake friends when he hit the big time at Spurs.

Boateng moved to Tottenham from Hertha Berlin in the summer of 2007 and made just 25 appearances for the first team in two seasons.

Labelled a flop for failing to live up to his fee of £7million, the attacking midfielder was shipped out to Borussia Dortmund on loan in January 2009 before joining Portsmouth permanently in the summer of 2009.

He revitalised his career on the south coast before joining AC Milan a year later and being a key member of a Serie A winning team.

Boateng has admitted in a revealing interview with a series of brilliantly illuminating stories how unprofessional he was while at White Hart Lane as he succumbed to the trappings of fame and fortune.

“Jol told me after a month that he didn’t want me. So it felt like me against the world; you know that feeling when you shut-off?’ he says.

‘I had a lot of money for a 20-year-old. I thought: Okay so you don’t want me, I will enjoy my life. I went out night-clubbing. And then of course you can’t perform.

“You end up trying to buy happiness. I bought a Lamborghini. Wow! I was happy for a week. After that I didn’t even use the car. Who drives around Loughton in a Lamborghini?

“I got friends to come visit me but they weren’t real friends. They weren’t the type of friends who will tell you: ‘What the f*** are you doing? Go and train and play football.’ They were friends who would say: ‘Let’s go out’.

“At first you don’t think that anything is going wrong. You’re dropped to the second team but you see your money coming in and you say: “okay, I get my fun somewhere else”. Girls, nightclubs, friends, fake friends.

“But in the end I woke up one morning and looked in the mirror and thought: no that’s not what I want to be. I looked old because every night I was out until six in the morning. I was 95 kilos. I was swollen because of the drinking and the bad food. I said to myself: ‘I don’t want to be this guy’.”

Asked to verify the tale of him buying three cars in a day while a young player at Tottenham, Boateng told the Mail: “It’s true. I still have a picture at home of me standing in-front of three cars and a big house and I’m standing there like I’m 50 Cent. I look at it sometimes and I say: ‘look how stupid you were’.”

Ghana international Boateng joined ambitious Spanish top tier side Las Palmas last summer after a second spell at Milan and has had a huge influence on the team.

The midfielder has scored six league goals in 15 matches this season and been a key player for the team that has risen to 11th in the La Liga table.