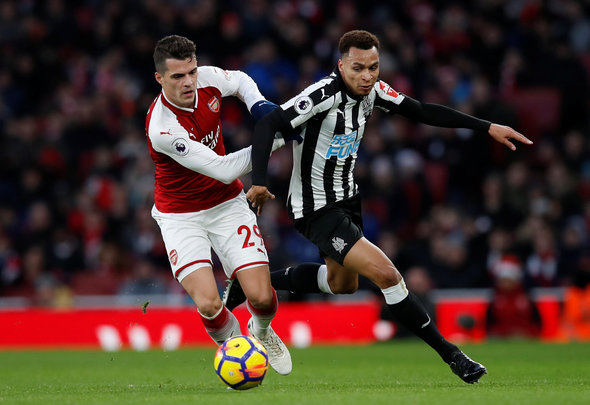 When it comes to Newcastle United’s forward line, there are some gaping holes which need to be filled sooner rather than later.

Whether it is the need for a proven striker to fire the goals home or a playmaker operating behind the centre forward to help create more chances for those ahead of him, there has definitely been something lacking.

While Islam Slimani was brought in to bolster and support Dwight Gayle and Joselu for the former issue, something he has not managed as a result of injury, Ayoze Perez has had the number 10 role all to himself this season, but to limited success.

However, that looks as though it could change sooner rather than later.

Matt Ritchie, who is naturally a winger and has spent most of his time down the right flank, was utilised in a more central role for the friendly clash against Royal Antwerp, netting a goal, and made the bold revelation that he enjoyed operating in his new position.

He certainly did not look out of his depth and if that is to be a new role he works in from now until the end of the season, then it hands one forgotten man a lifeline to return to the starting XI.

Jacob Murphy was the club’s big money signing last summer but has failed to make the desired impact, and after being a regular in and around the first team, has fallen to the very fringes, with Ritchie, Kenedy and Christian Atsu all ahead of him in the pecking order.

A start against Liverpool was a shock, with many fans likely to have forgotten he was still around, and a move to the middle for Ritchie would give him the opportunity to return, as he is more natural on the right than fellow substitute Atsu.

It would be a bold switch from Rafael Benitez, but no doubt one the 23-year-old will have his fingers crossed for, in a bid to demonstrate he has what it takes to star.

In other Newcastle United team news, the club have been handed a big boost over senior star’s injury doubts.