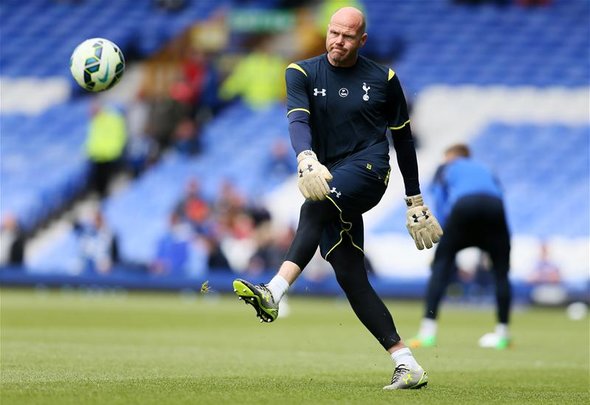 Brad Friedel believes that Tottenham were outplayed in their Champions League clash against Monaco – and must come to terms with the bigger Wembley pitch.

The French side secured a shock 2-1 win on Wednesday night and condemned Spurs to a defeat in front of a record home attendance for a British club in Europe of 85,011.

Bernardo Silva and Thomas Lemar gave the visitors a shock two-goal advantage in the first-half, before Toby Alderweireld pulled a goal back on the stroke of half-time.

However Mauricio Pochettino’s side failed to salvage anything from the game in the second-half and sit bottom of their group after the opening round of fixtures.

Former Spurs goalkeeper Friedel believes that Monaco executed their tactics very well and managed to exploit the larger dimension of the Wembley pitch.

“Mauricio likes to set out his teams to press…when you step onto a bigger field there’s an extra five yards of space to cover,” Friedel told talkSPORT. “As well as that, Monaco sat back and exploited all that space behind the back-four – the size of the pitch must have made an impact.

“Monaco controlled the game really well, they condensed the space really well in that middle third and when they won the ball they were able to break. That’s something Tottenham are going to have to come to terms with.

He added: “It’s going to be a big learning experience for Spurs, and they’re going to have to take it all on board, but Mauricio and his staff will know what to do and they’ll make it right.”

Spurs agreed a deal to play their European fixtures at the national stadium whilst White Hart Lane is redeveloped.

Before the match former club captain Ledley King backed Spurs to cope with the larger dimensions but they struggled against a resilient Monaco side.

Friedel, who has now retired from football, spent the final four years of his playing career at White Hart Lane.

The 45-year-old made 67 appearances for Spurs and the club now have a well established goalkeeper in Frenchman Hugo Lloris.

Spurs travel to CSKA Moscow in their next European encounter, whilst Monaco face German side Bayer Leverkusen in the other group match.

In other Tottenham news, Pochettino has made a shock assessment of individuals after the Monaco defeat.