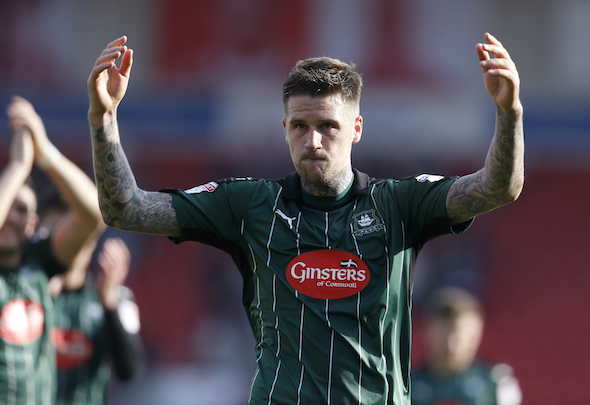 Rangers fans should not be sniffy about the pursuit of League One defender.

Powerhouse Plymouth centre-back Sonny Bradley would be a gamechanging signing for a team crying out for a dominant centre-back.

As revealed by Football Insider earlier today, incoming Rangers boss Steven Gerrard is in the market for defensive reinforcements this summer and has given the green light to the club joining the hunt to sign Bradley.

He ticks a lot of boxes for Rangers, who will be chronically short of centre-backs worthy of the name when the summer window opens.

David Bates is leaving the club to join German side Hamburg on a free transfer, loanee Russell Martin is due to return to Norwich City while doubts surround the long-term future of Bruno Alves.

Bradley is a 6ft 5in colossus who has established himself as one of the best defenders in the Football League since joining Plymouth from Crawley in the summer of 2016.

He has been a key player this season, making 42 appearances for the side that finished seventh in League One, agonisingly only three points short of the final play-off spot.

Crucially, Bradley will also be cheap as he is available on a free transfer this summer, when his contract expires.

A well-placed source has told Football Insider that Plymouth have offered Bradley a new deal and there is competition for his signature from Rangers’ Scottish Premiership rivals Hearts and Championship outfit Bolton Wanderers.

Rangers have the funds to certainly blow those two clubs out of the water in terms of the package they can offer Bradley.

They can also entice him with the name of the new manager as well as the club’s prestige and glorious history.

For those claiming League One is no preparation for the Scottish Premiership, James Tavernier has not done too bad after spending most of his career in England in the third tier. The same is true of Josh Windass.

Bradley could make an even bigger impact than those two.

In other Rangers news, the club have sealed two new signings and three more are in the pipeline in an ASTONISHING transfer blitz sanctioned by Steven Gerrard before the window even opens.