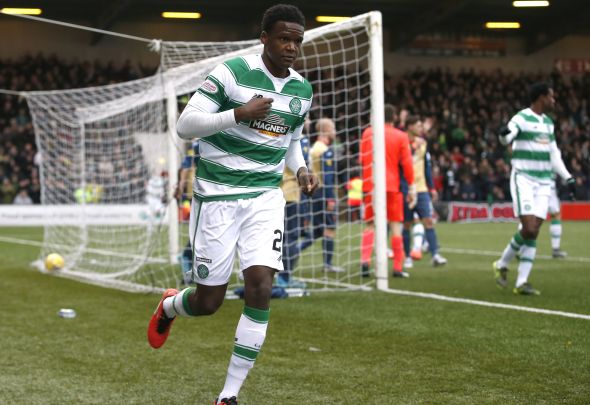 Brendan Rodgers has insisted that Dedryck Boyata has a future at Celtic after he starred in the 3-0 win against Albion Rovers on Sunday.

The 26-year-old made his second appearance of the season in the fourth round of the Scottish Cup, as the Hoops strolled to a comfortable win.

Speaking after the win that sees the Bhoys progress into the fifth round where they will face Inverness at Celtic Park, Rodgers declared that Boyata’s immediate future will be in Glasgow.

“He can still be a player for me,” Rodgers told the Daily Record. “I’m not aware of any bids for him. He’s a great professional and I think that’s important.

“He won’t be leaving at this moment. There’s a squad of 20 odd players now that are working really well.”

The Daily Record claimed earlier this month that Belgian giants Anderlecht were in talks with Celtic over a potential deal, but negotiations stalled as Boyata was said to prefer a move to England.

With the likes of Jozo Simunovic, Erik Sviatchenko and Kolo Toure all vying for a place in Rodgers’ starting line-up, Boyata’s future was in doubt.

However, Sunday’s return to the side could now see him play an important part in the second half of a demanding Scottish Premiership campaign, with the Hoops next up against St. Johnstone on Wednesday.

Keeping Boyata at Parkhead is the right move by Rodgers. The Belgium international has struggled with injury of late, but provides more than adequate cover at the heart of the Celtic defence and is capable of breaking his way into the first team if in the best of form. Possessing Premier League experience against some of the world’s best, an extended run in the first team could see the former Manchester City stopper be given a more regular role with Kolo Toure’s contract expiring at the end of the season. With his own deal set to expire in more than two years, Boyata must prove to Rodgers or other potential suitors that he is still able to perform to the best of his ability in order to further his stuttering career.

In other Celtic transfer news, Rodgers has seen a bid knocked back for this wonderkid.