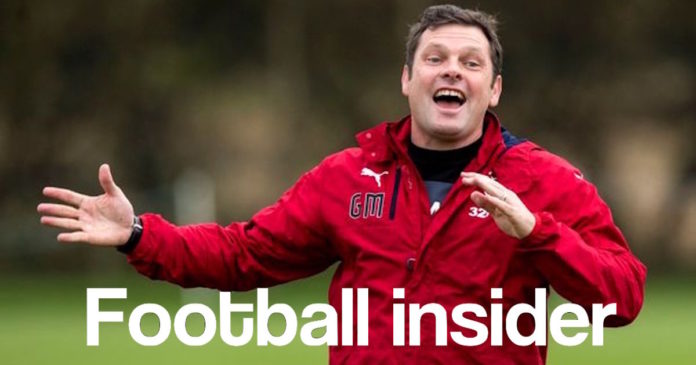 By Richard Parks
Rangers fans have reacted with delight on Twitter after young goalkeeper Kieran Wright signed a new contract with the club.
The shot-stopper, 17, confirmed via his personal Twitter account on Friday that he had put pen to paper on an extension and that he was “looking forward to the future”.

The youngster, who is yet to make a senior appearance for Rangers’ senior squad, left Ibrox at the start of January to join League One side Albion Rovers on an initial month long loan.
Albion Rovers subsequently revealed he had extended his temporary spell until the end of the season via their official website.
Wright has graduated from the Rangers youth team ranks and is regarded as a star of the future by many who watch the team’s young players closely.
Supporters took to social media to express their satisfaction that he has been tied to a long-term agreement.
Here is a selection of their messages on Twitter:

Excellent news and well deserved. Your work ethic’s an inspiration for others so focussed and that can’t be said about some of our 20’s unfortunately. Here’s to a first team appearance mate. @RFC_Youth

Well done son. No bad for a club with no money and always just days away from administration supposedly ????

The Scotland Under-19 international is behind senior stars Wes Foderingham, Jak Alnwick and Liam Kelly in the Rangers pecking order.
Wright also faces competition from  fellow youth goalkeepers Robby McCrorie and Lewis Muir, both of whom have impressed for the development squad and on loan.
In other Rangers team news, a club Insider has responded to speculation that a key first teamer has gone AWOL from training.
Don’t miss out on breaking and exclusive Rangers news by clicking here for our brilliant 24/7 updates on Facebook, Instagram and YouTube.