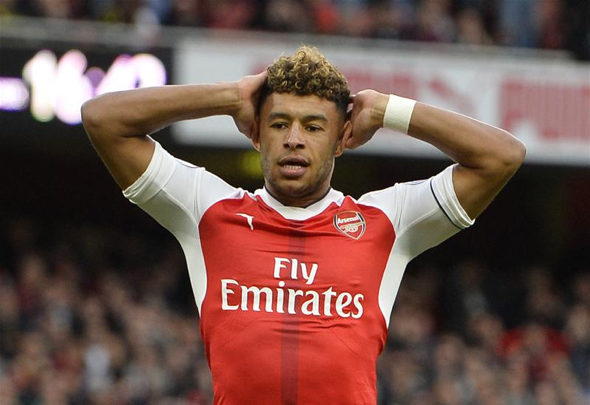 In his early days as a Southampton youngster, and then after a £15million transfer to Arsenal, Alex Oxlade-Chamberlain was one of England’s hottest properties.

He had vast potential and, after scoring twice in his first three games for Arsenal, was seemingly set on the path to greatness.

But a series of recurring injures threatened to derail Oxlade-Chamberlain’s development, and a recent decline showcased in his lack of consistency led several groups of Arsenal fans to call time on his career at the Emirates Stadium in the summer. He seemed on the brink of an exit.

However, the England international is enjoyed a lengthy run in the first-team having been able to stay injury-free so far this season, and finally we are seeing the Oxlade-Chamberlain we were promised many years ago.

The 23-year-old is still in and out of the starting XI, but Arsene Wenger will no doubt be pleased by his efforts at the start of the new campaign.

From 23 games in all competitions, Oxlade-Chamberlain has six goals and six assists, already his best contribution statistically in an Arsenal shirt, and recently played a starring role as Arsenal defeated West Ham 5-1 on December 3.

Against the Hammers, Oxlade-Chamberlain pulled the home side’s defence apart, and his mobility was a real threat. He was constantly driving forward and looked to exploit the space in behind the defence. It was certainly his best performance of 2016.

While he continues to draw the plaudits, Wenger does also deserve a lot of credit. He ignored everything the fans and the media had to say about Oxlade-Chamberlain, and put his faith in the midfielder to succeed this season. And so he has.

You often forget that he is also just 23-years-old. It got to a point in his career when he had to either cut it at Arsenal or move on, and he has gone down the path of the former. Fortunately, he is back on track to reach his prime, and that is why he is Arsenal’s most improved player of the season for 2016.

In other Arsenal news, David Seaman believes Arsenal must do whatever it takes to sign this Gunners trio.