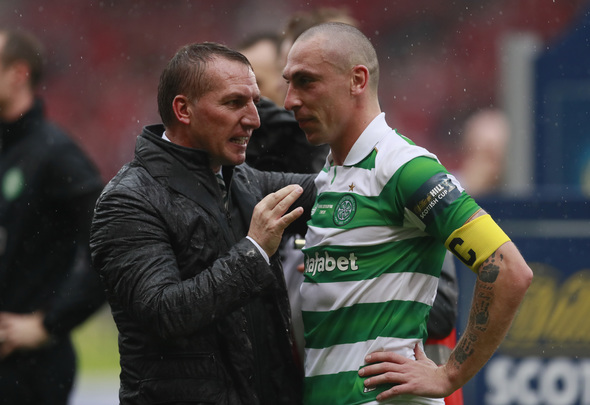 Scott Brown was disappointed with his side’s performance against Paris Saint-Germain in the Champions League.

Despite the result though, Brown saw some positives in his side’s showing in the second-half that bodes well for the future.

The French side strolled to a 5-0 win over the Hoops as they suffered their worst home loss since 1895.

A penalty from Edinson Cavani and strikes from Neymar and Kylian Mbabbe had PSG 3-0 up at half-time before Mikael Lustig’s own goal and a second for Cavani finished the rout.

Brown was particularly disappointed with his side’s performance in the first-half but felt they improved as the game went on.

“It was hard work,” he told CelticTV, as quoted by their website.

“Bit disappointing – especially in the first half – but we’ve come out in the second-half and we’ve pressed them and created a few chances.

PSG spent £200million on Neymar this summer and have agreed a £160million permanent deal to sign Kylian Mbappe next summer as they try win their first ever European Cup.

When asked if he believed PSG could go on and win the trophy in May, Brown told Celtic TV: “Yeah, definitely.

“They’ve spent a lot of money on wanting to win the tournament.”

The other game in Celtic’s group saw Bayern Munich ease past Anderlecht 3-0 at the Allianz Arena.

Brendan Rodgers will be hoping there’s no European hangover when Ross County visit Celtic Park on Saturday as his side aim for a seventh successive title.

Celtic could go into that game behind Old Firm rivals Rangers for the first time since December 2011 if they can get past PArtick Thistle on Friday night.

The first Old Firm of the season takes place at Ibrox on September 23rd.