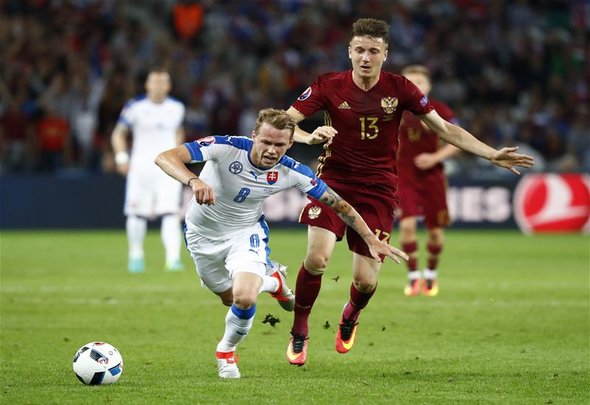 German club Hertha BSC have joined the race for Slovakian midfielder Ondrej Duda, according to a report.

The Daily Star claimed earlier this month that West Ham, Arsenal and Manchester United were all considering moves for the 21-year-old who was valued at £5million.

German publication Bild report that Hertha are now the most interested party in securing a deal for the Slovakian international and will hope to snap up the player before they are outbid by the fortunes of the Premier League.

Duda is a versatile, forward-thinking player who can operate as both a number 10 or number 8, in behind the strikers.

He played 43 times last season in all competitions and scored five goals and provided nine assists as he helped guide Polish side Legia Warsaw to the Ekstraklasa title.

The star, who has three years to run on his current contract in Poland, enjoyed a thrilling European Championship campaign with his country and scored a goal against Wales in their 2-1 defeat in June.

West Ham fans have been given a boost though as midfielder Dimitri Payet has confirmed that he will be staying at the club for another season.

The Londoners will have to step up their pursuit if they want to land Duda and they may require the strength in depth this season, with the club also competing in Europe alongside the domestic competitions.

In other West Ham transfer news, they have offered an attacker a £67-000-a-week deal to join the club.