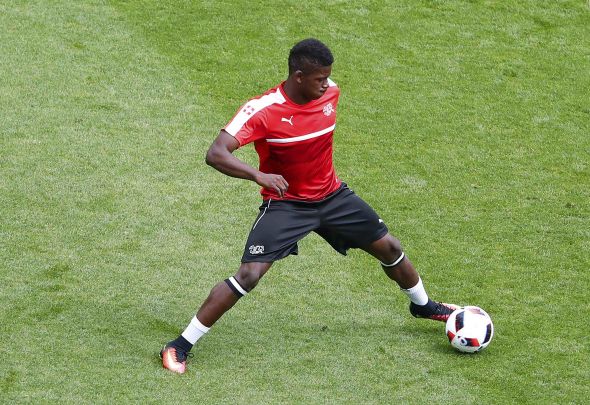 Tottenham will face fierce competition to sign Denis Zakaria if they enter the summer transfer window for the Young Boys midfielder, according to a report.

London Football News claim Spurs are one of a number of clubs to have repeatedly scouted the 20-year-old star this term.

The report claims that Bundesliga trio Borussia Monchengladbach, Bayer Leverkusen and RB Leipzig have all now registered an interest in signing Zakaria, despite a whole host of clubs scouting the Switzerland international.

The likes of Manchester United, Borussia Dortmund, Schalke, Paris Saint-Germain and Juventus have joined Spurs in sending spies to report back on Young Boys’ number 28.

Zakaria has caught the attention of Europe’s biggest clubs this season after showing an intricate array of passing, speed in the middle of the park and an impeccable first touch.

Making 30 appearances in all competitions, Zakaria has starred at the base of Young Boys midfield and has featured in both the Champions League and Europa League this term.

With a contract at the Swiss giants until the summer of 2020, it remains to be seen how much Zakaria’s club want to charge for their up-and-coming star.

It also says that at the present time, and despite the scouting, Tottenham have not made plans to approach the player this summer.

Zakaria is another of case of how speed in the middle of the park can prove effective in boosting a side’s title charge. Despite losing out to FC Basel, Young Boys have had a strong campaign in Switzerland’s top flight, currently sitting in second and that is largely down to the performance of Zakaria. N’Golo Kante has shown the Premier League how speed and stamina can prove effective, winning the league with Leicester last season and likely to hold aloft the trophy for a second time in two years at Chelsea this campaign. Bringing Zakaria to White Hart Lane, then, would prove hugely beneficial as Harry Winks, Victor Wanyama, Mousa Dembele and Eric Dier are not known for their speed in the holding midfield role.

In other Tottenham transfer news, a Spurs delegation have jetted off overseas to beat Manchester United to the signing of this tricky winger.