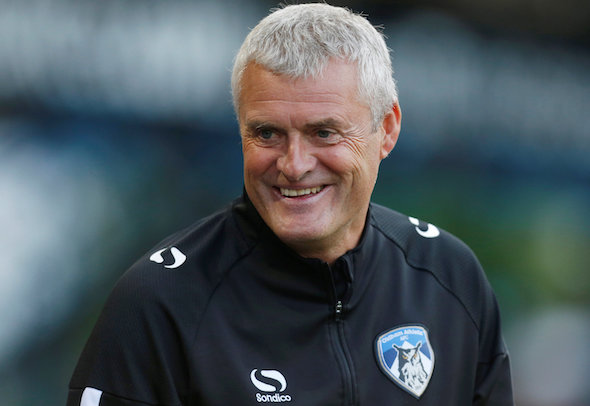 Frankie Bunn is in talks to become the new manager of Bury, Football Insider can reveal.

The 56-year-old is in pole position to replace Ryan Lowe, who quit to join Plymouth Argyle earlier this month after steering Bury to promotion from League Two.

A Bury source has told Football Insider that the club have set their sights on former Oldham Athletic manager Bunn, who was sacked last December and replaced by Paul Scholes.

Former Hull City, Luton Town and Oldham striker Bunn is an experienced coach who has two decades of experience across different club, but his only full-time manager post has been at the Latics.

Bury are searching for a new manager following Lowe’s decision to drop down a division to join Plymouth, who were relegated from League One last season.

The 40-year-old led Bury to promotion despite the club facing numerous off-field issues, including a winding-up petition, with players often going unpaid.

He opted to move to Home Park after he had been in charge on a permanent basis at Bury for a year following two spells as caretaker manager in the 2017-18 season.

In other League One news, it can be REVEALED that a club are well placed to sign an Arsenal rising star.