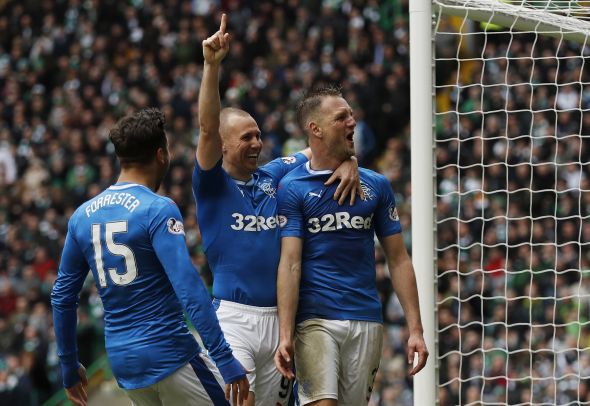 Kenny Miller has been omitted from the Rangers team for their Scottish Premiership clash against Kilmarnock on Wednesday night.

Pedro Caixinha has axed the veteran striker, 37, from his starting XI for the trip to Rugby Park and replaced him with Joe Garner.

The former Preston forward, who scored the equaliser in Saturday’s 1-1 draw against Motherwell, will partner Martyn Waghorn up front.

Caixinha took the unusual decision of naming his side in a media conference on Tuesday more than 24 hours before the match.

When asked about the injuries to his squad before the trip to Ayrshire, the manager answered, as quoted by the official Rangers website: “You just asked me about the defence but I give you everything.

“Wes, James is back, David, Danny and Myles, okay so you have the back four.

“Andy and Jason, Barrie, Emerson and Martyn and Joe Garner, so you have it all. That is our first eleven for tomorrow.”

Caixinha’s selection means no place for mainstay Miller, who has scored nine goals and supplied six assists from 38 matches in all competitions this season.

Rangers secured a point against Motherwell thanks partly to an outstanding display in goal from Wes Foderingham.

But Caixinha’s side have lost ground in the race to finish second over the last week, following two consecutive Aberdeen victories.

Aberdeen, who beat Inverness 1-0 on Tuesday night, are now 13 points ahead of third-placed Rangers.

In other Rangers news, one of the club’s midfielders has agreed the terms of a mammoth new deal.
We’ve launched a << BREAKING NEWS FEED>> exclusively for your club. ‘Like Us’ on Facebook by clicking here if you want 24/7 updates on all Rangers breaking news 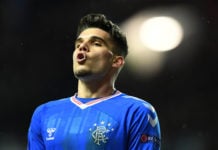