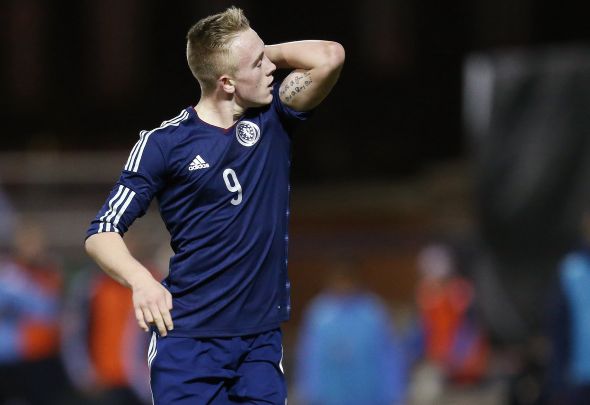 Calvin Miller has revealed that making his Celtic debut against Partick on Tuesday night was a “dream come true”.

Filling in at left-back as Kieran Tierney continues his recovery from a broken ankle, 18-year-old Miller looked solid as Celtic recorded their 13th clean sheet of the season.

Posting on his personal Twitter account, Miller revealed his delight at making his Hoops debut and described the feeling as “unbelievable”.

Wearing the number 59 shirt, the left footer was more than happy to get forward on the left flank but provided a solid balance on the left side of defence.

Miller was brought off just after the hour mark as Honduras international Emilio Izaguirre replaced him.

The Scotland Under-19s international could now be in line for a run in Brendan Rodgers’ first team, after replacing Izaguirre from the off.

Teenage starlet Tierney is expected to return to full fitness in January after suffering the training ground injury, and is expected to come back into the side when deemed fit enough to do so.

The 47-time Scottish champions next face Hamilton away from home on Christmas Eve, and Miller could start from the off against the Accies at New Douglas Park.

A win for the Hoops on Saturday could see them go 17 points clear at Christmas, if Rangers lose to Inverness at Ibrox.

In other Celtic news, Chris Sutton has said this to Kris Boyd after a heated debate.