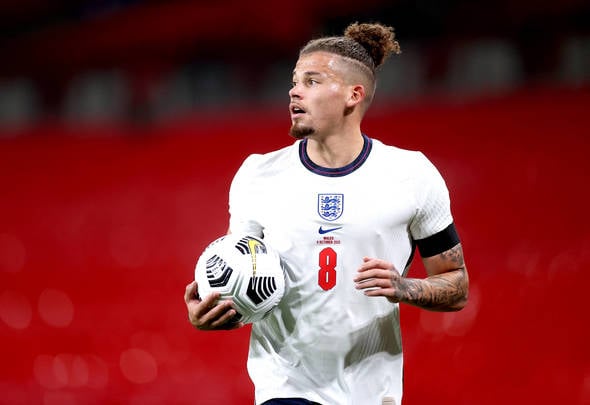 Leeds United will reap the benefits of Kalvin Phillips going away with England to the European Championship, according to Kevin Campbell.

The former Arsenal and Everton striker, speaking exclusively to Football Insider, said the experience will be “invaluable” for the 25-year-old and will boost his confidence “massively”.

Phillips recovered from the shoulder injury he suffered on the final day of the Premier League campaign to be named in Gareth Southgate’s 26-man squad for the Euros.

An absolute honour and dream come true to be able to represent @England at a major tournament like this. I’ll give it my all to make this country proud 🏴󠁧󠁢󠁥󠁮󠁧󠁿 pic.twitter.com/Ah3qhfyGdl

He joins Declan Rice and Jordan Henderson as England’s deep-lying midfielders, and with the latter still working his way back to full fitness it is a strong possibility that Phillips could start the first fixture against Croatia.

Campbell heaped praise on the centre-midfielder and claimed he is the epitome of Leeds United’s rise under Marcelo Bielsa.

“This is a really, really important time for Kalvin Phillips,” he told Football Insider.

“I’m over the moon he got picked because he is a great player. It is a massive opportunity for him to show what he can do on the international stage.

“He epitomises everything Leeds have done well over the past few seasons under Bielsa. To get picked for the Euros is just fantastic.

“The experience will be invaluable for him. Confidence is massive in football and if he does well playing alongside and against international players he will grow in confidence. He will be an even better player for it.”

In other news, Mills claims Alioski will sign a new contract with Leeds United on one condition.