Kevin Campbell is baffled by Manchester United reportedly cooling their interest in West Ham midfielder Declan Rice because of his pace.

Speaking exclusively to Football Insider, the former Arsenal and Everton striker heaped praise on the “phenomenal” midfielder and insisted there is “no chance” he is too slow to play for the Red Devils.

Claret and Hugh claim sources inside Manchester United say the club’s interest in Rice has cooled given his £100million price tag and lack of pace. 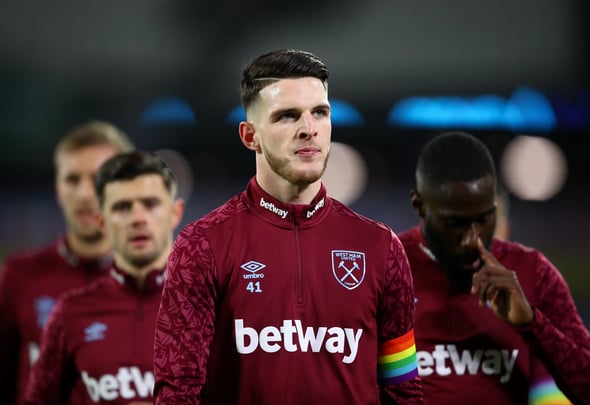 The centre-midfielder, who is currently sidelined with a knee injury, has been one of the Hammers’ standout performers this term.

He has made 32 appearances across all competitions in a season where he has established himself as a regular starter for England.

When asked by Football Insider‘s Dylan Childs for his thoughts on Manchester United’s scouting report, Campbell said: “A bit too slow?

“Declan Rice is a fine player and an athletic player. He is a phenomenal holding midfielder who can play at centre-half as well, let’s not forget that he has that versatility to his game.

“He has been a revelation in the midfield. I really think he has been. He has been one of the mainstays of a West Ham team that could qualify for the Champions League this season. I would not worry about that.”

In other news, West Ham told to sign goalkeeper who is ‘an upgrade on Fabianski’ after a key ESPN update.