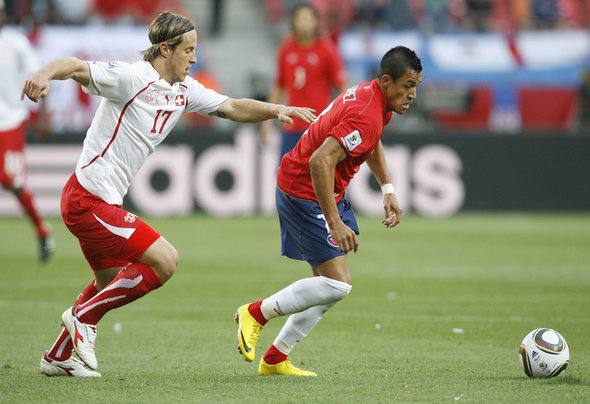 FC Sion captain Reto Ziegler has claimed that Celtic have offered him a deal to join the Glasgow giants.

The 31-year-old centre-back impressed in the most recent campaign with the Swiss club, scoring a fine eight goals in 25 appearances from his defensive position.

He also boasts a lot of experience, having previously played for such clubs like Tottenham, Fenerbache and Hamburger in the past.

Now, as manager Brendan Rodgers looks to start adding players to his team this summer Ziegler has revealed that both Celtic and Real Betis are making moves to sign him.

“That’s true. But before I meet with those two clubs, I will also meet with the people who run Sion to find out more,” told Ziegler to Swiss tabloid newspaper Blick.

“The offers from Celtic and Betis are an honour for me.

“But without wanting to sound snooty, I think I deserve it, I’ve had a good season.

“I am getting married at the weekend and if I moved to Scotland, she would want to move abroad again with me I hope.

“But we are not there yet.”

Ziegler has been at Sion since February 2015, joining on a deal from Italian club Sassuolo.

He has since played 92 times for the Swiss side in total, returning 13 goals, while he has also been capped 35-times by Switzerland at senior international level.

Manager Rodgers will be looking to add experienced players to his squad this summer, as he looks to push further in the Champions League and Ziegler, whose contract is set to expire this summer could be the ideal target.

Ziegler boasts plenty of experience of playing around Europe and Rodgers showed last summer with the addition of Kolo Toure that he likes an older head in his back four. Ziegler has achieved most of what there is to gain in football, but he may now be looking for one last challenge alongside a Premiership league title with Celtic. The Hoops have already established their dominance over the rest of Scotland and Ziegler could now be the player that helps them progress in Europe.

In other Celtic transfer news, the Hoops are joint favourites with Rangers to sign this four-time Premier League winner.