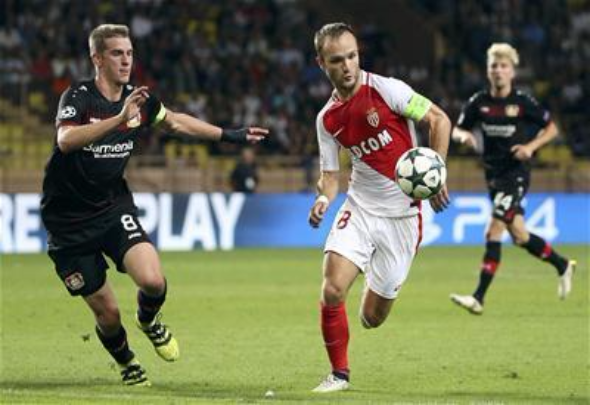 Bayer Leverkusen captain Lars Bender will miss his side’s clash against Tottenham, according to a reliable journalist.

The 27-year-old left Leverkusen’s weekend 2-1 victory over Wolfsburg early after going down injured.

Now Guardian journalist David Hytner has reported on his personal Twitter account that the Germany international is ruled of of his side’s match at Wembley on Wednesday evening.

Set-back for Bayer Leverkusen. Captain Lars Bender is out of Spurs game. Toprak and Tah (injury doubts) have travelled #thfc

Bender will be a huge loss to Leverkusen, with the captain a pivotal part to his side, playing in eight matches this season.

However, it will be a big boost to Tottenham, who have their own injury problems to their star players themselves.

Forward Harry Kane has returned to training ahead of the fixture at Wembley, but it remains to be seen whether he will be handed a starting spot in the squad, while key defender Toby Alderweireld is set to watch the match from the sidelines.

The north London club will be keen to improve on their recent form having failed to win any of their last five fixtures, which includes a 0-0 draw against Leverkusen.

Just one point separates the two sides in their Champions League Group E with Spurs sat in second place on four points and Leverkusen on three points in third.

Tottenham will be hoping to progress in Europe’s elite competition and they will be looking to win with advantage at Wembley against Leverkusen.

In other Tottenham news, Erik Lamela has returned to training with Spurs following an illness.