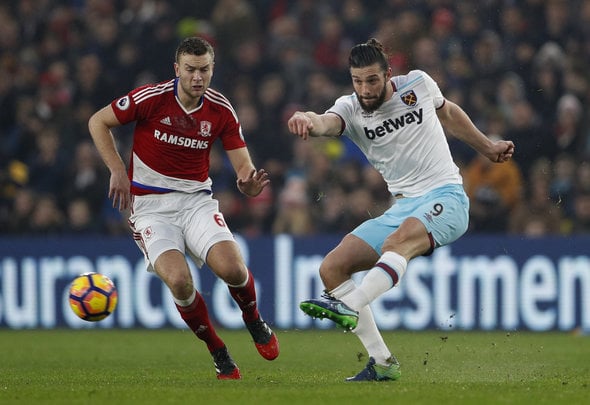 West Ham forward Andy Carroll has claimed that Liverpool’s Lucas Leiva is one of the toughest opponents he has faced on the pitch.

The 28-year-old striker is known for his strength and ability in the air which once even saw him make a £35million move to the Merseyside giants.

However, he has shared how Lucas, who was playing in an unnatural centre-back position read his game excellently and came out the victor in a on pitch battle between the pair.

“Gary Cahill,” started Carroll when asked who his toughest opponent was to the Daily Mail. “Timing, reading, very good. And Liverpool’s Lucas Leiva.

“Oh my God. He played centre half against us. I don’t know what it was. Every time I went for the ball he gave me a little nudge, the referee was never going to give a foul and I never wanted a foul, but he did me every time. Just judging me so well and knocking me off balance. I couldn’t play against him.”

Carroll’s time with the Reds didn’t go as planned and he left after just 18 months after a poor return of 11 goals in 58 encounters.

He left for current club West Ham for £15million and he has done somewhat better with a return of 28 goals in 106 matches.

Meanwhile, Lucas has found far more success with the Merseyside giants after completing a move from Gremio in 2007.

The player has featured in a total of 332 matches for Liverpool and has become a favourite for supporters.

He still remains in the team at 30 and has featured 18 times under Jurgen Klopp in all competitions this season.

However, his contract is set to run out in the summer, which could mark an end to his time at the club.

In other Liverpool news, a Sky Sports pundit has explained why Klopp has taken a major risk with the Reds.