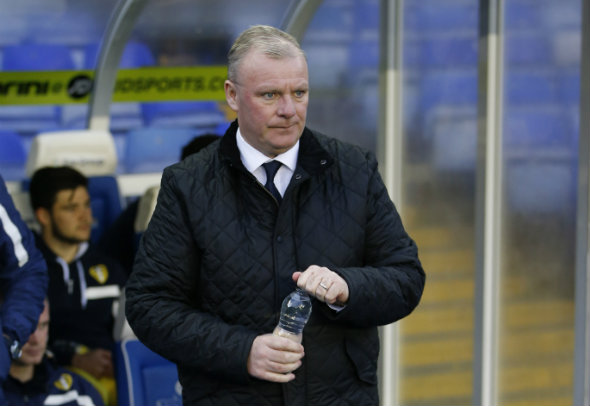 Massimo Cellino delivered a thinly-veiled dig at Steve Evans as he explained why Garry Monk had been appointed the new Leeds manager.

The Yorkshire giants released a statement on their website on Thursday afternoon to reveal that Monk has signed a one-year rolling contract to become the new boss.

This came after Leeds released a statement on Tuesday night to confirm that Steve Evans had become the sixth manager axed by Massimo Cellino in his two-year reign as owner.

Monk, whose only managerial job to date has been a 20-month spell in charge of Swansea that ended when he was sacked last December, was immediately installed the strong odds-on favourite to be the new Leeds manager and his appointment has been confirmed less than 48 hours later.

Cellino revealed that Monk’s youth – he is 37 – and capacity to improve were key to his appointment as he spoke of the “potential” and “energy” of the new man.

This appeared to be a subtle criticism of the far more experienced Evans, who is 53 and started his managerial career in 1994.

“Garry is part of a new generation of coaches in England and has a lot of potential to develop, which is something we were targeting for the new season,” said Cellino in a statement on the Leeds website. “I believe he’s very suited to continuing the growth of our young and improving team.

“He will bring new strengths and a lot of energy to the squad. He was a fighter as a player and now he’s the same as a manager – as we saw when he did very well at Swansea City.

“I feel he can really bring the best out of the team. It is a big challenge but Garry is very determined and he trusts himself with this job – he really wanted to come here. That is something which has impressed me a lot.

“We have chosen to take on the challenge together and we are focused on achieving our goals in the new season.”

Like Evans, Monk has also been handed a short-term rolling contract, prompting further discussion about Cellino’s lack of long-term planning.

Leeds fans reacted positively to news that their club had secured an emerging manager with a creditable Premier League record, but this was mixed with scepticism about Cellino’s hire-and-fire policy.