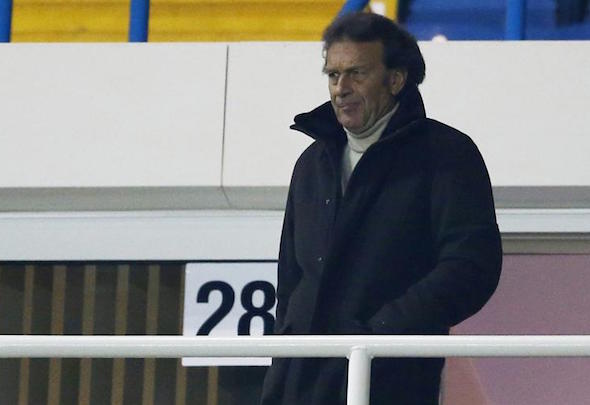 Leeds joint-owner Massimo Cellino has claimed it will take “a lot of money” to fix the financial problems at the club.

Cellino has sold 50 per cent of his stake in the Yorkshire giants to sports media mogul Andrea Radrizzani in a deal that was completed last week.

Radrizzani, 42, and Cellino spoke at a press conference on Saturday morning in which they explained they will work together on improving the structure of the promotion hopefuls.

Leeds have been beset by financial problems and off field controversies over the last 13 years, not least during Cellino’s erratic sole stewardship since January 2014.

But the former Calgliari owner suggested that Radrizzani’s arrival can help smooth out future financial issues, although he explained that it is expensive to be competitive in the Championship for the debt-laden outfit.

Welcoming his fellow Italian to Elland Road, Cellino said, as quoted by the personal Twitter account of Yorkshire Evening Post correspondent Phil Hay: “The numbers in this league are a bit scary. It takes a lot of money to fix the club. He (Radrizzani) has a longer future than Leeds have with me”.

MC: “The numbers in this league are a bit scary. It takes a lot of money to fix the club. He has a longer future than Leeds have with me.”

Cellino was referring to the more youthful Radrizzani, who, at 42, is two decades younger than the elder statesman of Elland Road.

The pair both insisted at Saturday morning’s media conference that the club are not looking to make major changes to Garry Monk’s high flying squad during the January window.

Leeds are working on bringing in up to two new signings to a side that climbed to third in the Championship following Friday’s impressive 1-0 win over Derby at Elland Road.

In his first programme notes on Friday, Radrizzani was keen to emphasise for the first time that he intends to be at the club for an extended period following a tumultuous period in which the club have been outside of the top flight.

Leeds’ triumph on Friday night was their fifth in six league matches, and sixth in seven fixtures in all competitions.

Monk’s team have now accumulated 48 points from 26 Championship games this season, and are now just four adrift of second-placed Newcastle.