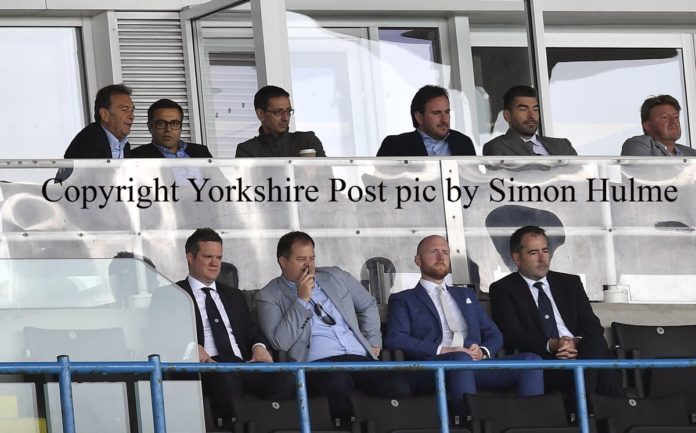 Leeds are ready to sack Garry Monk despite the team’s last-gasp win over Blackburn on Tuesday night, according to a report.

The Times paper edition on Wednesday claims that Monk’s job as manager is “still on the line” even though the team gave lift-off to their Championship campaign with the 2-1 triumph at Elland Road against fellow strugglers Blackburn.

It is said that Leeds owner Massimo Cellino has “grown tired” of Monk and is ready to make the 37-year-old the seventh managerial casualty of his controversial three-year reign.

Garry Monk on the brink as Cellino has ‘grown tired’ of him, reports @ricktimes in today’s Times #lufc pic.twitter.com/sfXIAfTcB2

Kyle Bartley’s 87th minute winner secured the three points for Leeds over the Championship’s bottom club and seemingly gave some breathing space to the under-fire manager.

Blackburn had levelled in the 78th minute after substitute Chris Wood had broken the deadlock after 65 minutes.

But defender Bartley’s header lifted Leeds’ points haul to seven points from seven league matches and took them to 17th in the table, a jump of five positions.

It appeared to ease the pressure on manager Monk, whose position was under growing threat after four defeats in the Yorkshire giant’s opening six Championship matches.

Italian publication Isola 24 Sport reported on Tuesday that owner Cellino had been preparing to axe Monk if the Championship club did not overcome the bottom team in the division.

Given that Isola are based in ex-Cagliari owner Cellino’s native Sardinia, the report carries added weight amid growing speculation that Monk is drinking in the last-chance saloon.

Intriguingly, the Italian publication report that the former Swansea manager was likely to have been axed at the weekend had the club not had another league match just three days later.

The Times report sheds fresh light on Monk’s situation and suggests that his tenure is doomed regardless of results.

Monk succeeded previous boss Steve Evans in June and has only managed the club for nine matches, seven in the league and two in the EFL Cup.

Leeds travel to Cardiff on Saturday and it remains to be seen whether one of English football’s most highly rated young managers will be in the dugout.

In other Leeds news, Monk has dropped a hint about his future transfer activity in the free agent market.