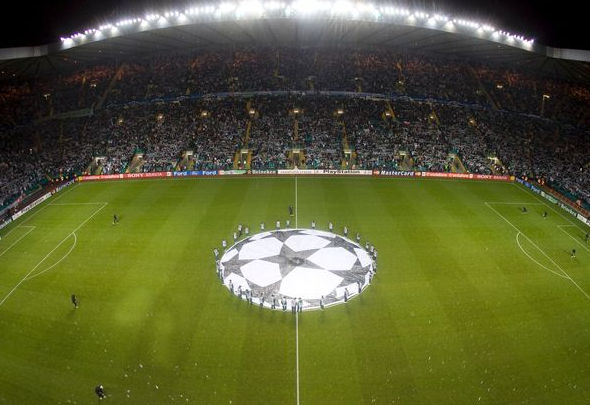 Celtic kicked off their Champions League campaign on the wrong end of a 5-0 thumping by Paris Saint-Germain at Celtic Park.

Brendan Rodgers made three changes to the side which easily saw off Hamilton Academical in the Scottish Premiership on Friday with Anthony Ralston, Olivier Ntcham and Leigh Griffiths replacing Callum McGregor, James Forrest and Odsonne Edouard.

It never took PSG long to get on the scoresheet with Neymar opening the scoring on 19 minutes after a swift counter-attack.

Celtic protested for a free-kick after an apparent foul on Sinclair as Rabiot swept the ball forward to Neymar and the Brazilian forward out-paced Ralston before firing beyond Craig Gordon.

Kylian Mbappe made it 2-0 to the visitors 15 minutes later, picking up a loose ball and lashing a shot past the helpless Gordon.

With only five minutes left in the first-half, Simunovic inexplicably hauled down Cavani in the box to give the French champions a penalty which Cavani dutifully smashed into the top corner.

Celtic tried to make more of a game of it in the second-half as they looked to push forward but PSG were too strong for them.

At one point, a Celtic fan made it on to the pitch and seemingly aimed a kick at Mbappe which will no doubt lead to yet another UEFA fine for the Hoops to deal with.

Consistently recycling possession and dictating the pace of the game, Unai Emery’s side never looked like conceding to the Hoops and finally added to their tally with less than ten minutes left as Mikael Lustig turned the ball into his own net from a cross.

PSG weren’t done there though and Cavani got his second of the night when he expertly headed Draxler’s cross in off the back post.