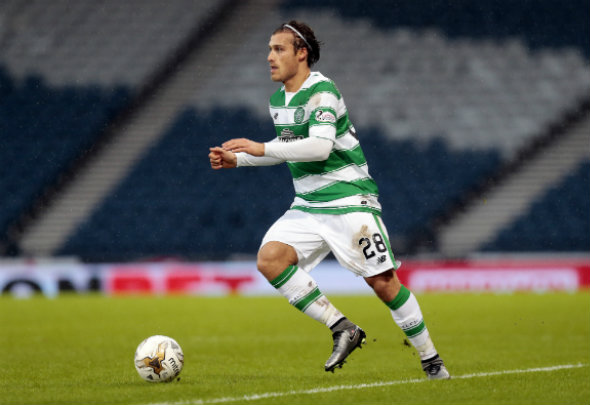 Leicester have added Celtic centre-back Erik Sviatchenko to a list of potential signings, according to a report.

The Sunday’s Sun (page 64) claimed that the 25-year-old is on a three-man centre-back shortlist as Claudio Ranieri looks to strengthen before the Champions League resumes and provide competition for Robert Huth and Wes Morgan.

Sviatchenko joins Anderlecht’s Kara Mbodji, who the Foxes have already had a £7.5million bid rejected for, while Hertha Berlin Sebastian Langkamp has also been identified as a target.

Wearing the number 28 shirt at Parkhead, Sviatchenko has been in wonderful form for Brendan Rodgers’ side, and is now considered the Bhoys’ first-choice defender at Celtic Park.

The former FC Midtjylland stopper has earned a clean sheet in more than one every two games for the 47-time Scottish champions this season, with 15 in his 29 league and cup appearances.

Known for his impressive aerial ability as well as his unwavering composure when in possession, the defender also has experience of the Champions League with Celtic.

Leicester are set to embark on the knockout stages of the elite competition in the second half of the 2016-17 campaign, and his European knowledge could aid the Foxes if they decide to move for him this month.

Ranieri has seen his side concede 37 goals in 22 Premier League games, and Sviatchenko could be the man to plug the leak at the King Power Stadium.

Rodgers must do all he can to keep the Danish ace in Glasgow as his centre-back replacements are a considerable step down from the rangy star. Kolo Toure has failed to have an impact at Celtic Park following his summer move, while Efe Ambrose and Dedryck Boyata have struggled for game time with the Bhoys this season. Selling Sviatchenko this month will mean the Hoops will lose an integral member of their squad with little time to bring a viable replacement in, but selling him in the summer would give Rodgers time to sign another defender. We’d say it was unlikely that he’d want to leave Celtic for a relegation battle with the Premier League champions, whether they can offer Champions League football or not.

In other Celtic transfer news, Kris Boyd believes the Hoops are powerless in keeping this ace at the club.