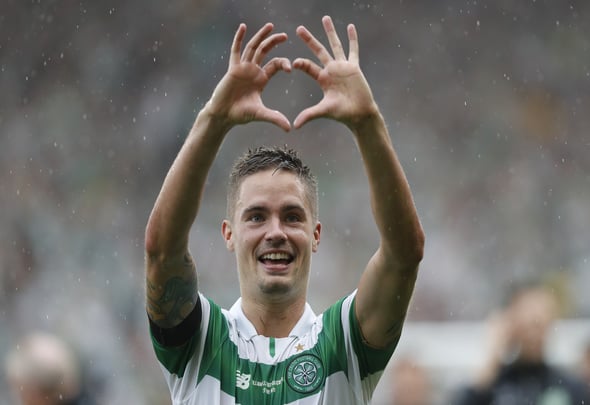 Celtic have booked their place in the Scottish League Cup final with a 4-2 win over Hibernian at Hampden Park.

Two goals from Mikael Lustig and a Moussa Dembele double sealed the Hoops’ place in next month’s final as they extended their unbeaten domestic run to 60 games.

Celtic took the lead after 14 minutes when Lustig fired home from close range after Dedryck Boyata’s flicked header fell kindly for the Swede.

Hibs continued to push Celtic back and look for an equaliser but never really tested Craig Gordon in the opening 45 minutes.

Just before the break, Lustig doubled the Hoops’ lead when Hibs’ keeper Ross Laidlaw made a mess of the defender’s shot and let it bounce off him and nestle in the back of the net.

Hibs should have given themselves a lifeline after 50 minutes when former Juventus midfielder Vykintas Slivka was found unmarked in the box but he fired his header well over the bar.

Ten minutes later, Hibs had their goal after Anthony Stokes scored from the penalty spot after a very controversial decision.

Hibs grabbed a second on 70 minutes when substitute Oli Shaw scored with his first-touch of the game.

The striker got in behind Nir Bitton before finishing low beyond Gordon to set up a frenetic final 20 minutes.

Celtic finally finished the game off when Dembele got on the end of a quick counter-attacking move and swept the ball beyond Laidlaw after 86 minutes.

Rodgers’ side will now play Rangers or Motherwell at Hampden next month in the final thanks to goals from their brilliant duo.

In other Celtic news, this full-back is in a race for fitness on Saturday.