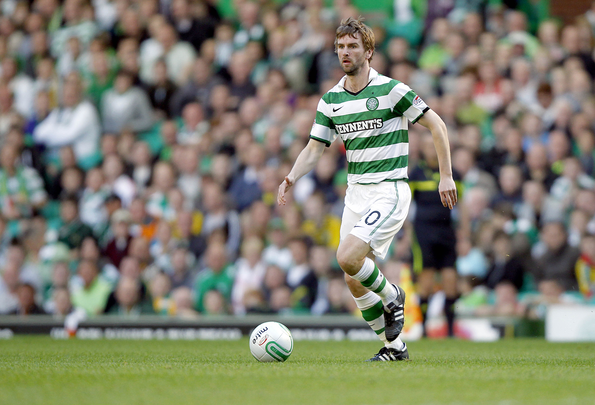 The Northern Irishman chose the strike over the titles he won whilst playing in the East End of Glasgow, as he felt the day would never come after he failed to make the grade at Rochdale after a series of off the pitch indiscretions.

“The one highlight of my career, and it’s not winning a trophy, but scoring my first goal at Celtic Park” McCourt said, as quoted by the Derry Journal.

“And the reason for that is I actually had dreams of scoring at Celtic Park. I felt I had let that go when I had that set-back at Rochdale.

“Self-doubt creeps in but I remember the night. It was Hearts at home and it was a very proud moment.

“It might never have happened if I hadn’t made the sacrifices I made and I have a lot of people to thank for that.”

The former Northern Ireland international won a host of trophies during his five year spell with the Bhoys, including two league titles.

McCourt’s chosen moment of the highlight of his Hoops career is a bit of a surprise, when you consider all the special goals he scored of his great performance as a striker in an unexpected 2-0 win at Ibrox. The player did go on to have an excellent career with the Bhoys, although fitness issues meant that he was never going to start every week. He was always a good player to have on the bench though, and he came on and changed the game on more than a few occasions. McCourt can look back at his time at Celtic with satisfaction, and if he ever returns to the club he would be sure of a warm welcome from the supporters.

In other Celtic news, Dermot Gallagher has revealed his verdict on a controversial penalty awarded to the Hoops