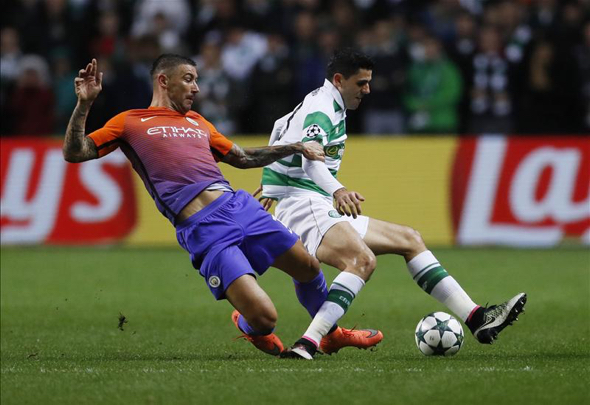 Celtic prepare to take on Aberdeen in the Scottish League Cup final on Sunday and Brendan Rodgers could make two changes to the side which lost 2-0 against Barcelona on Wednesday.

Forward Scott Sinclair could be forced to miss the clash after Rodgers revealed they club will wait until the “last minute” to assess his fitness so Leigh Griffiths is likely to return to the side in a straight swap up front.

Emilio Izaguirre is also likely to be replaced by Patrick Roberts in the second change, but Tom Rogic could retain his place in the starting XI ahead of Callum McGregor after producing an encouraging display against Barcelona.

The 23-year-old midfielder scored the only goal in the last league encounter against Aberdeen and could be handed a start alongside Scott Brown and Stuart Armstrong in central midfield.

Celtic are expected to stick with the 3-5-2 formation which has brought them so much success in the Premiership so far so Mikael Lustig, Jozo Simunovic and Erik Sviatchenko should line-up in their familiar positions in defence.

Roberts should be recalled after starting in Celtic’s 1-0 victory against Kilmarnock last Friday and will likely line-up on the right-hand side of midfield, the opposite flank to James Forrest who is also expected to start.

Craig Gordon is the obvious first choice keeper so he will be expected to start too, while Moussa Dembele should head the attack alongside Griffiths.

In other Celtic team news, Rodgers has provided a fitness update on this 27-year-old.