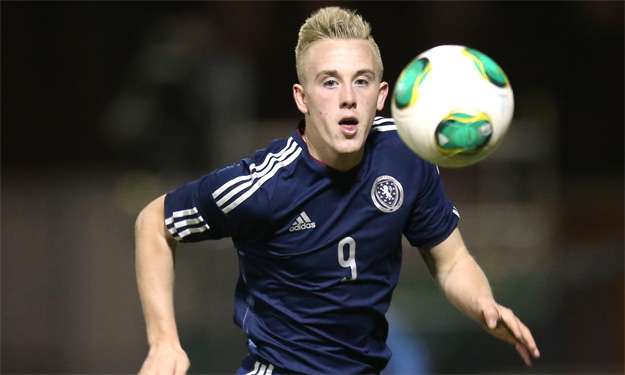 Celtic supporters on Twitter haven’t been impressed with the performance of Calvin Miller, after the full-back made a rare start for the Hoops against St Johnstone in the game which ended 0-0.
Miller, who is the understudy to Kieran Tierney, made a rare start as Brendan Rodgers made seven changes from the side which defeated Zenit 1-0, with the second leg against Zenit in mind.
Fans weren’t too happy with the fringe player’s performance, with one claiming that he “is not good enough”.
Here are some of the best reactions from Twitter to the performance by the 20-year-old:

Calvin Miller is not good enough

Calvin miller is no a left back, having an absolute shocker

I'd agree with that as I don't see the point of buying players to be back ups to the regular starting players. Calvin Miller is more a winger than a full back IMO

he doesn't look sharp enough on the ball to play any position for Celtic.

Too many changes for Celtic.

Looking forward to seeing all the comments about Eduoard being lazy, not wanting to be here. Or is that just the case with Dembele?

https://twitter.com/JordanKelly16_/status/965261087187890180
Miller, who has barely kicked a ball this season, played around 80 minutes before being replaced by Tierney.
As for the match itself, the first-half produced few chances, a disjointed Hoops side struggled to get going.
Ajer having a header saved by Mannus was the closest the Bhoys came to scoring, whilst Wotherspoon missed a great chance for the Saints putting a free header over the bar.
The only other chance of the first-half was an Edouard free-kick which curled past the post, as the half ended goalless.
At the start of the second-half, Edouard and Williams both missed good chances for their sides to break the deadlock.
James Forrest replaced Rogic in the second-half as the Hoops went for the win but they still struggled to create chances.
Moussa Dembele then replaced Edouard, as the Bhoys went all out for the win.
Mannus saved a Sinclair shot as the Bhoys cranked up the pressure.
However, few clear cut chances were created by the Hoops and the game ended goalless.
In other Celtic news, Chris Sutton is a huge fan of Eboue Kouassi
Don’t miss out on breaking and exclusive Celtic news by clicking here for our brilliant 24/7 updates on Facebook, Instagram and YouTube.